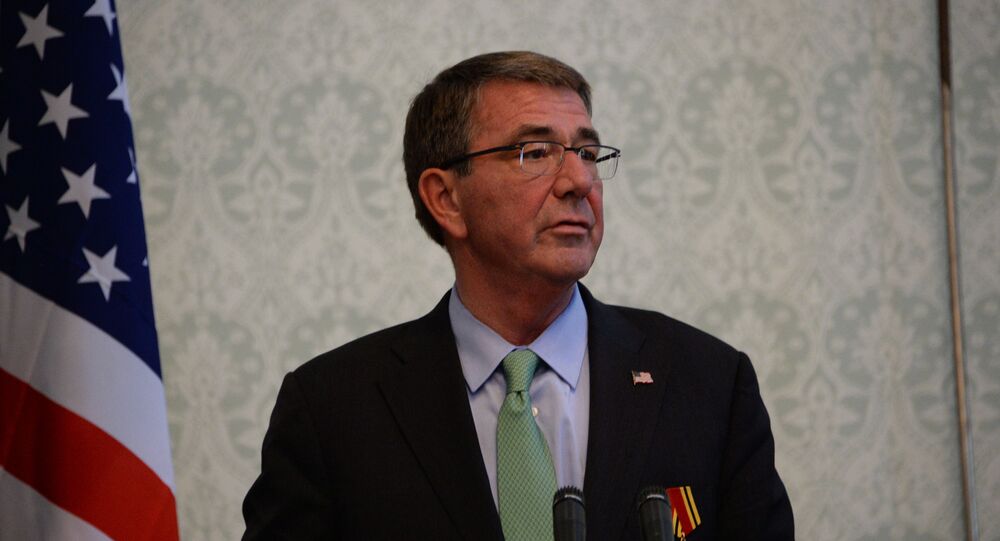 US Secretary of Defense Ashton Carter said that the alleged Russian hacking of the 2016 US presidential election is an aggressive act.

WASHINGTON (Sputnik) — The alleged Russian hacking in the 2016 US presidential elections amount to aggressive acts, US Secretary of Defense Ashton Carter said during a press conference at the Pentagon.

“Whatever you call it, it’s an aggressive act,” Carter stated on Tuesday when asked if the Russian hacking was an act of war or not.

Last week, the Office of the Director of National Intelligence released a report saying it and other US intelligence agencies had a high degree of confidence that Russia meddled in the US election.

Chairman of the Joint Chiefs of Staff Gen. Joe Dunford said during the conference that he received definitive conclusions on Russian cyber activity in October 2016.

Russian officials have repeatedly denied the US allegations, calling them absurd and intended to deflect public opinion from revelations of corruption and other pressing domestic issues.