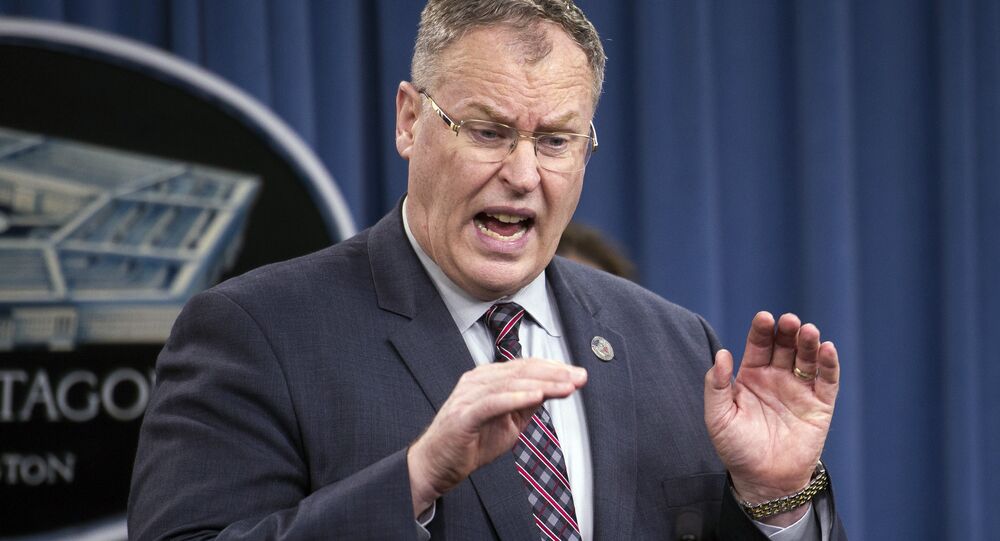 US Deputy Defense Secretary Robert Work may be kept on in his current position for three to six months under the incoming presidential administration of Donald Trump, media reported.

© AP Photo / Jae C. Hong
Trump’s Transition Team Spokesman Turns Down White House Job
MOSCOW (Sputnik) — The decision is considered "all but a done deal," according to an individual familiar with the discussions, the Washington Post newspaper reported on Monday.

It would create continuity in the Pentagon as defense secretary nominee James Mattis takes over the position of defense secretary, three people close to the discussions said. The decision would also mean that Work would stay in the role while the Pentagon draws up its first budget under the new administration.

Pentagon spokesman for the deputy defense secretary did not comment on the issue and referred questions to the Trump transition team. Sean Spicer, the incoming White House press secretary, reportedly declined to answer whether Work has been asked to remain in the position and whether any decision had been finalized.

On December 7, the president-elect announced that Mattis, who served as US commander in Afghanistan and Iraq in 2010-2013, was his pick for the position defense secretary. If confirmed, Mattis, who has also served as US Central Command chief and a NATO commander, will succeed outgoing Secretary of Defense Ashton Carter.