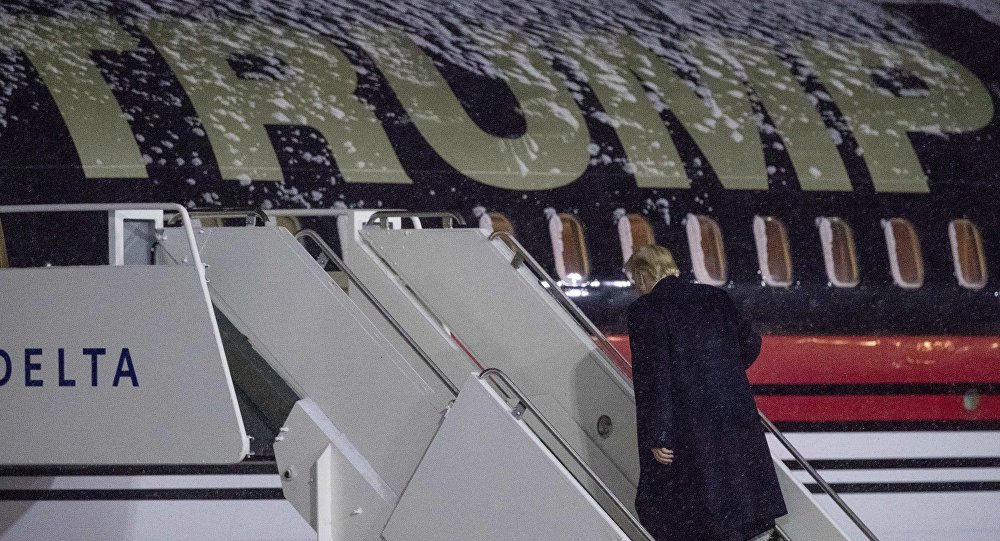 US Democrats are calling for hearings on President-elect Donald Trump's Cabinet to be postponed after the head of the Office of Government Ethics told key Senators several nominees haven't been fully screened and some haven't even sent draft financial disclosures to the ethics body.

"During this presidential transition, not all of the nominees presently scheduled for hearings have completed the ethics review process. In fact, OGE has not received even initial draft financial disclosure reports for some of the nominees scheduled for hearings," Shaub wrote to Senate Minority Leader Chuck Schumer and Senator Elizabeth Warren, both Democrats. (The two had sent a letter to the OGE to ask how the vetting process was going.)

"As OGE's director, the announced hearing schedule for several nominees who have not completed the ethics review process is of great concern to me," Shaub wrote.

​Senate Majority Leader Mitch McConnell, a Republican, also got a copy of the letter, AP reports.

Trump's Cabinet is the wealthiest in modern US history, assessed by some as having a combined net worth of $14 billion.  The sheer amount of their assets and the complicated extent of their empires is taxing the Office of Government Ethics, which in some cases doesn't even have categories on its standard forms for the value and types of assets Trump's nominees have, the New York Times reported. Shaub said in his letter that the hearing schedule had created "undue pressure" in his office to finish all of the reviews, and that his staff were being rush.

Cabinet appointees must submit financial disclosure reports stating the value of all the assets they own and declaring earned income from any source in the last year. Shaub did not say which of the nominees his office hadn't received paperwork from, but The Hill cites a Senate aide as saying they are Housing and Urban Development secretary pick Ben Carson, Education secretary pick Betsy DeVos, Homeland Security head pick Michael Kelly and Commerce secretary pick Wilbur Ross, all of whom are scheduled for hearings next week.

"It is unprecedented and deeply worrisome to hold confirmation hearings on President-elect Donald Trump's nominees before basic ethics reviews are completed," said Democratic National Committee (DNC) spokeswoman Adrienne Watson in a statement, as reported by The Hill.

"These rushed hearings must be delayed until the ethics reviews are finished, and if Trump and the GOP-led Senate fail to do so, the only reasonable conclusion to be drawn is that they are concerned about what will be exposed."

"The Office of Government Ethics letter makes crystal-clear that the transition team's collusion with Senate Republicans to jam through these Cabinet nominees before they've been thoroughly vetted is unprecedented," Schumer agreed in his own statement.

Among those currently scheduled for hearings next Tuesday and Wednesday are some of Trump's most controversial picks, including former ExxonMobil CEO Rex Tillerson, Trump's secretary of state selection; Senator Jeff Sessions, up for consideration for attorney general; and former Goldman Sachs executive Steven Mnuchin for treasury secretary.

"I am not aware of any occasion in the four decades since OGE was established when the Senate held a confirmation hearing before the nominee had completed the ethics review process," Staub wrote.

Trump's team hit back with criticism that the hearing process was being "politicized."

"President-elect Trump is putting together the most qualified administration in history and the transition process is currently running smoothly," the transition team said in a statement, according to a tweet by CBS News.

"In the midst of a historic election where Americans voted to drain the swamp, it is disappointing some have chosen to politicize the process in order to distract from important issues facing the country. This is a disservice to our country and is exactly why voters chose Donald J. Trump as their next president."

The Hill points out that whirlwind hearings — and confirmations — aren't unprecedented: In 2009, the Democrat-dominated Senate confirmed seven of incoming President Barack Obama's Cabinet picks in one day.