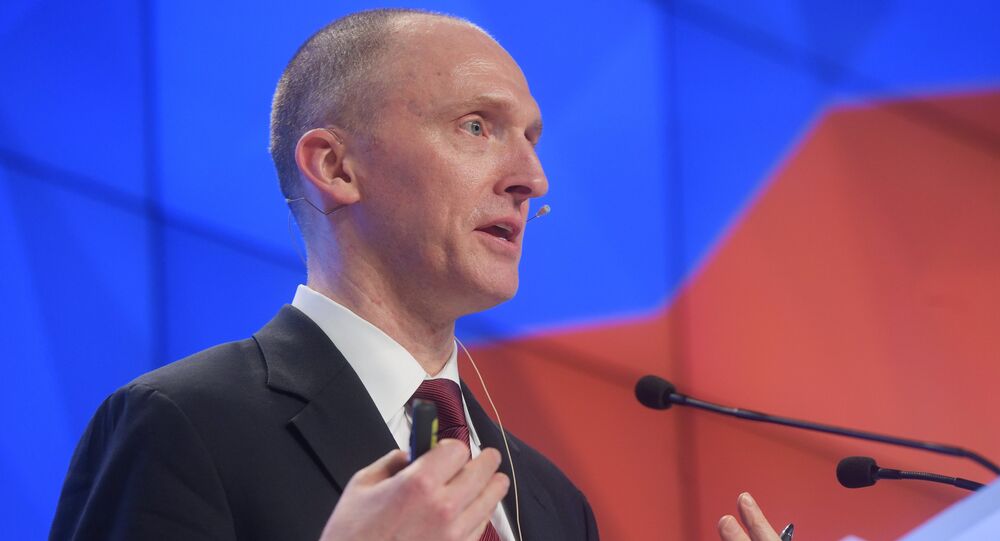 © AFP 2020 / JONATHAN ERNST
Trump Says US Media Lies About Relationship With Assange Over Russia
MOSCOW (Sputnik) — Hawkishness of the outgoing US administration toward Russia over the alleged interference in the recent presidential election underscores an urgent need for a change in the strategic approach to the relations with Moscow, former adviser to Donald Trump’s presidential campaign Carter Page told Sputnik.

On Thursday, the Senate Armed Services Committee held a hearing on foreign cyberthreats, focusing on the alleged Russian hacking of the Democratic Party’s email server. Senator Lindsey Graham said during the hearing that the United States "better be ready to throw rocks" when it comes to "interfering in our election."

"Unfortunately, Washington has already been throwing cinder blocks at Russia for decades. The main impact has been little more than increased geopolitical insecurity around the world, while diminishing America's position. The need for leadership, an end to dishonest politics and a new strategic approach is long overdue," Page said.

An unclassified report on Russia’s alleged hack is expected to be released publicly next week.

US officials have accused Russia of being behind the cyberattacks against Democratic Party computer systems in an attempt to influence the US election in favor of Donald Trump.

Russia has repeatedly denied the allegations calling them absurd and characterizing them as an attempt to divert public opinion from revelations of corruption as well as pressing domestic issues.

Trump Says US Media Lies About Relationship With Assange Over Russia