US President–elect Donald Trump’s pick for secretary of state, former Exxon Mobil chief Rex Tillerson, is willing to release his tax information to the public, Senator Tom Udall said in a statement. 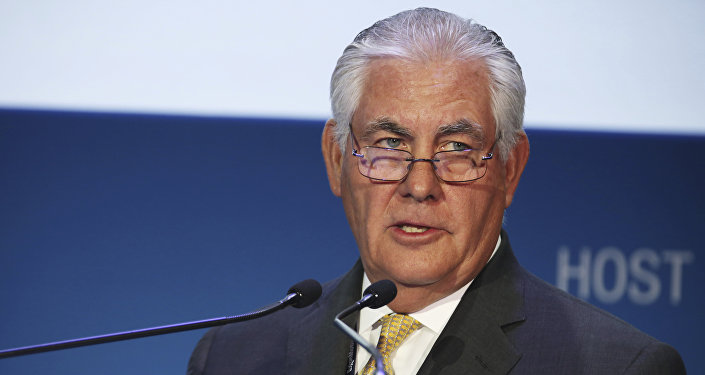 “Mr. Tillerson told me in our meeting that he is willing to make his tax information public,” Udall said, as quoted by KRWG news in New Mexico on Thursday.

Udall, who champions environmental causes and is a critic of the oil industry, complimented Tillerson on divesting himself of his financial interests in Exxon Mobil after being nominated as secretary of state but insisted that the tax information still had to be made public.

“I strongly urge him to release his tax returns before the US Senate Foreign Relations Committee confirmation hearings begin on Wednesday [January 11],” Udall added.

Trump’s Republican Party holds a majority in the US Senate and controls the Senate Foreign Relations Committee.

Rex Tillerson: The 'Hand Of Moscow' in Washington?

Berlin Hopes for Fruitful Cooperation With US DoS Under Tillerson