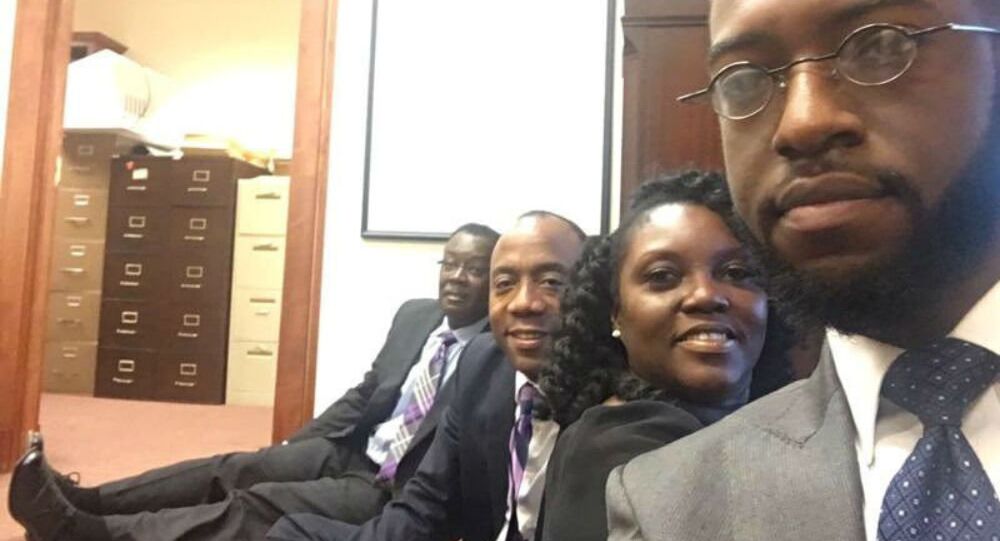 Six African-American activists have been detained after staging a sit-in against US President-elect Donald Trump's controversial nomination of Jeff Sessions for the post of the next US Attorney General.

© Wikipedia
Protesters March in Baltimore as Trump Attends Traditional Football Game
MOSCOW (Sputnik) — The National Association for the Advancement of Colored People (NAACP) activists, including five men and one woman, were arrested inside the senator's office in Mobile, Alabama, the CNN reported on Wednesday.

Local police pressed criminal charges over trespassing, according to the news outlet.

Sessions, Alabama's former state attorney general who sits on the Trump transition team's executive committee, was nominated for the post in November shortly after Trump won the presidential election. The senator has been regarded as a controversial choice as he is one of the most conservative members of the US Senate and has been accused of having a poor civil rights record.

NAACP President Cornell Brooks took part in the sit-in. On Tuesday, Brooks said Sessions refused to acknowledge voter suppression and that the protest would continue until the nomination is withdrawn or until the activists are arrested.

After the @jeffsessions Sit-In, these mugshots aren't pretty but they're pictures of @NAACP determination. #RestoreTheVRA & #stopsessions pic.twitter.com/mz3aQoPzoy

© AFP 2021 / Ankur Dholakia
Anti-Trump Protests in US Unlikely to Grow Into Revolution - AmCham
In late December, the NAACP called on the US Senate to block Jeff Sessions' nomination due to his deficient record on civil rights. Brooks listed Sessions' remarks on voting rights, racial equality and stances on criminal justice reform as diverging from inclusiveness and protecting civil rights.

Meanwhile, Sessions’ supporters pointed to his vote to extend the US Civil Rights Act and multiple desegregation lawsuits he filed while serving as Alabama's state attorney general. While representing Alabama in the US Senate, Sessions voted to confirm Eric Holder, President Barack Obama’s pick for US Attorney General.