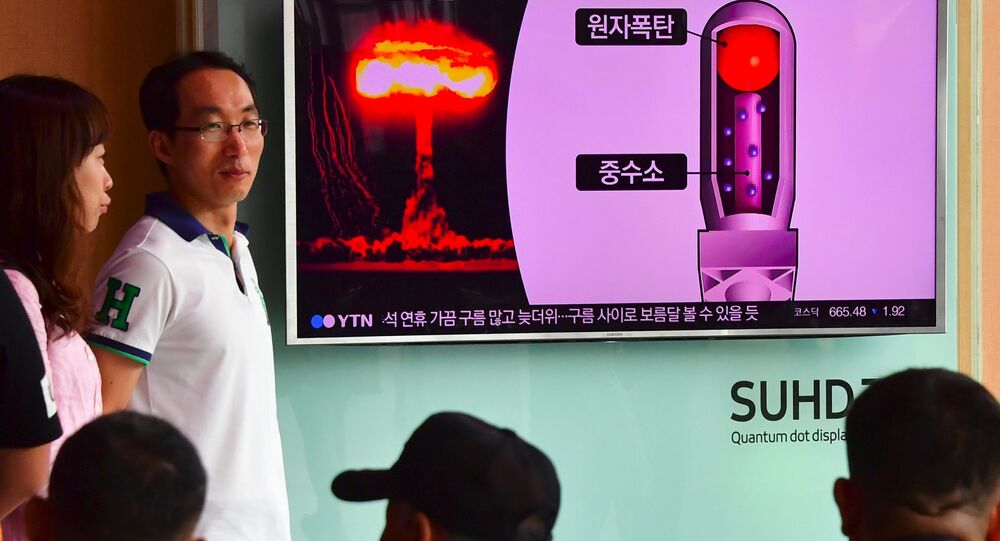 The United States remains confident its anti-ballistic missile system can shoot down any North Korean missile even though its Ground-based Interceptors (GBIs) have not had a successful test since June 2014, US Department of Defense spokesman Peter Cook said in a briefing on Tuesday.

Cook acknowledged that the GBIs mainly deployed at Fort Greely in the US state of Alaska had not successfully intercepted any target intercontinental ballistic missiles (ICBMs) in any tests in more than two and a half years.

However, Cook noted the US missile defense system was a multi-layered one.

"There are layers in terms of our ballistic missile defense (BMD)… That comprehensive defensive system we feel very confident in… We are not relying on any one thing to protect the United States," he said.

© AP Photo / Ahn Young-joon
Trump Says He Won't Allow North Korean Missiles to Reach US Soil
Cook noted that in addition to the GBIs deployed mainly in Alaska with a smaller number in California, the United States also had Aegis systems that use Standard Missile-3 interceptors on naval warships as well as the Theater High Altitude Air Defense (THAAD) missiles launched from aircraft.

The GBI program has been plagued with problems over the past 12 years. Around 30 GBIs are currently deployed and the Obama administration has made plans to increase that force to 44 by the end of 2017.