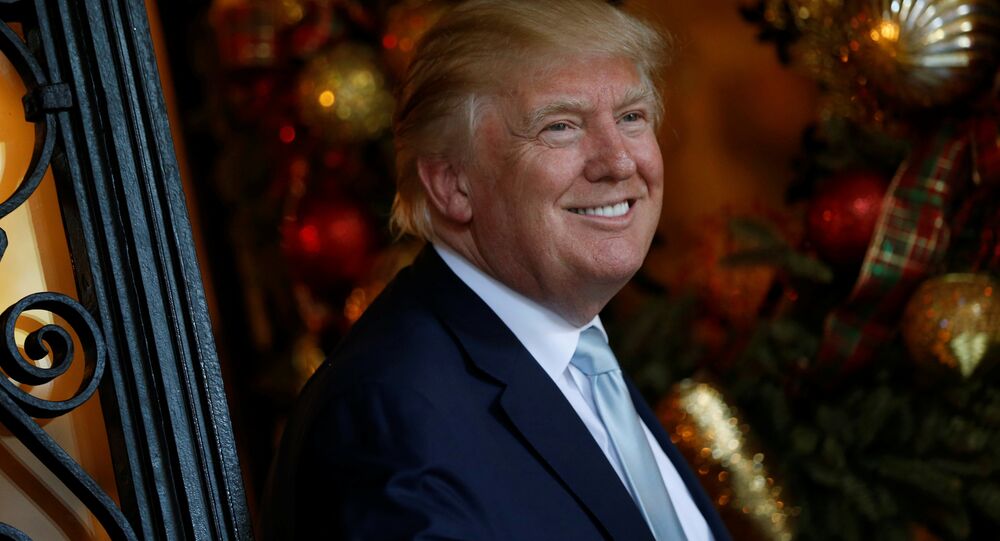 US President Barack Obama pledged to hit Russia with a raft of new sanctions over the country's alleged interfered in the 2016 Presidential election - but President-elect Donald Trump responded by saying the US needs to "get on with" their lives, as "nobody knows what's going on."

Trump justified his comments by again attacking allegations lodged by the CIA and FBI that Russia was behind the hack of Democratic Party emails.

Asked by reporters if he supported the imposition of fresh sanctions, Trump said computers had "greatly" complicated everyone's lives, creating an atmosphere in which "nobody knows what's going on."

"I think we ought to get on with our lives," he added.

In an official statement, Foreign Ministry spokeswoman Maria Zakharova warned that Russia was tired of the lies emanating from the US government about the hack.

#Zakharova: We are tired of lies about Russian hackers that continue to be spread in the US from the very top https://t.co/AMZJn1PGAF pic.twitter.com/DYMgOsNngT

​"The Obama administration launched this misinformation campaign six months ago in an attempt to play up his desired candidate in the November presidential election — not having achieved he desired result, and looking for an excuse for his own failure, vengeance has been wrought on Russian-American relations."

The validity of the Russian hack claims has been questioned by many. Former UK Ambassador to Uzbekistan Craig Murray has said with certainty the source of the emails was an "insider leak," from "someone with legal access" to the emails, as he's met one of the leakers in question.

A campaigning group, Veteran Intelligence Professionals for Sanity, has also stated it "beggars belief" that US intelligence services have been unable to name a single individual behind the alleged hack.

"All signs point to leaking, not hacking. If hacking were involved, the National Security Agency would know it — and know both sender and recipient. Since leaking requires physically removing data — on a thumb drive, for example — the only way such data can be copied and removed, with no electronic trace of what has left the server, is via a physical storage device," the group said in a statement.

Trump's dovish remarks follow a statement issued by Russian Foreign Ministry Ambassador at Large, Andrey Krutskikh, on December 29, which said Russia did not view itself as the enemy of the US, and the country would aim to pursue cooperation and achieve stability in bilateral relations. The diplomat added that current restrictions on Russia hampered this inclination.

Warmongers John McCain and Lindsey Graham are calling for new sanctions against Russia without any proof Putin is responsible for hacks!

​The potential of a Trump Presidency to create detente between Moscow and Washington has been noted by numerous journalists.

In the course of his election campaign, Trump threw Article Five of the NATO's founding treaty into question, saying Washington would come to its allies' aid only if those nations had "fulfilled their obligations" to the US. This has led some observers to suggest Trump's win means NATO "might not survive" much longer.

On December 20, the US expanded sanctions against Russia, imposing additional individual restrictions on seven Russian citizens and sectorial sanctions on eight Russian entities and two vessels. However, there is a widespread and growing wave of voices suggesting they should be lifted. It has been reported US foreign policy luminary Henry Kissinger has endorsed the strategy and offered to assist Trump in his reconciliation efforts.

On December 28, US Secretary of State John Kerry confirmed Obama's intention to levy further sanctions, saying the soon to be former President has "the right to respond to Russia at the place and time and manner of his choosing… Believe me, it will be his choosing."