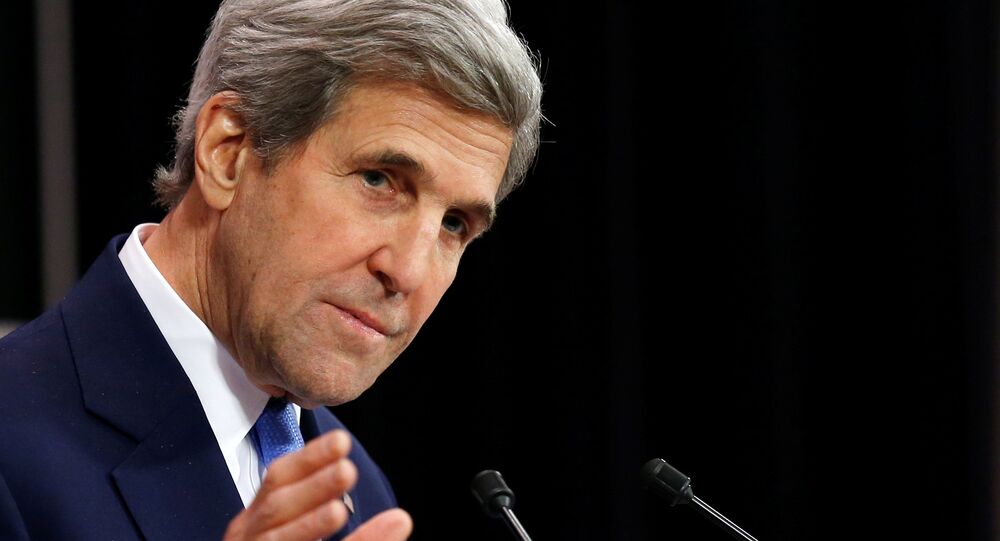 The US Court of Appeals for the District of Columbia circuit ruled to revive a 2015 litigation demanding that US Secretary of State John Kerry ask the Attorney General for help in recovering more emails from former Secretary of State Hillary Clinton's private server, Judicial Watch announced in a press release.

In 2015, Judicial Watch has filed a civil suit to retrieve the contents of the emails Clinton was legally required to return to the State Department once she ended her tenure as secretary of state in 2013. The lawsuit was declared moot by the District Court.

Judicial Watch President Tom Fitton stated in the release that the recent court decision would force US President-elect Donald Trump's administration to make a choice whether it wants to move forward with a lawsuit against Clinton or not.

"The courts seem to be fed up with the Obama administration’s refusal to enforce the rule of law on the Clinton emails," Fitton noted.

Clinton’s use of a private email server and account during her tenure as US Secretary of State for work related purposes, contrary to established rules and regulations, became publicly known in 2015.

The Federal Bureau of Investigation conducted a criminal probe into Clinton non-government email account, but, eventually, suggested filing no charges in the case.

Clinton had erased 33,000 of her emails after receiving a subpoena to submit them, while her closest associates destroyed at least 13 blackberry and related devices used to communicate with Clinton.