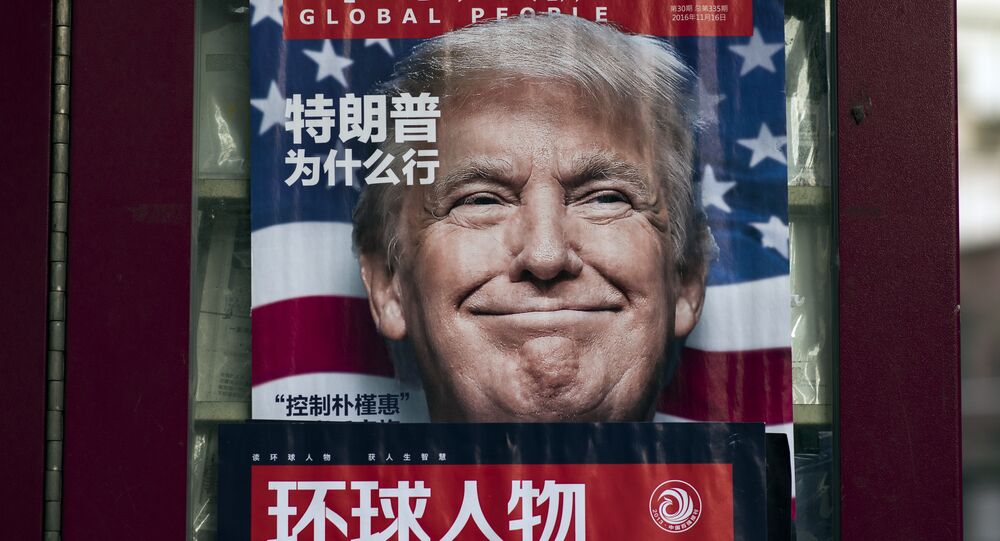 China Threatens US Over Trump's 'Confronting the Dragon' Economist Appointment

Chinese state media has threatened the US with "a showdown," after President-elect Trump appointed economist Peter Navarro, who has been an outspoken critic of Chinese foreign policy, to his administration. Before his appointment, Mr. Navarro told Sputnik why he thinks "big bad China" is dangerous.

The news has caused diplomatic shock-waves.

In an editorial on Thursday December 22, the Communist party-back Global Times warned:

"If Washington dares to provoke China over its core interests, Beijing won't fear setting up a showdown with the US, pressuring the latter to pay respect to China," said the newspaper.

"The US can no longer push China around today."

"There is real cause for concern as the president-elect has named economist Peter Navarro, known for his anti-China alarmism, as his trade adviser. That individuals such as Navarro who have a bias against China are being picked to work in leading positions in the next administration, is no laughing matter."

Indeed, considering the US's close trade relationship with China, it's a provocative decision by Mr. Trump.

In 2011, Professor Navarro co-wrote a book called, 'Death by China: Confronting the Dragon — A Global Call to Action.'

​The book, and subsequent documentary allege that China is a direct threat to the US's economic prosperity "from currency manipulation and abusive trade policies, to deadly consumer products."

Professor Navarro was a speaker on Sputnik's Level Talk radio program in July 2016.

He told Sputnik that he believes that Chinese foreign policy is marked by "bullying" behavior and increasing isolationism.

How Likely is War Between China and the US?

"Vietnam is afraid of China, and is being bullied by China. China has become very aggressive against the Philippines and Singapore, and has very few allies in the region," Professor Navarro told Sputnik.

he also highlighted the ongoing situation in the South China Sea. China insists the vast majority of the territory is theirs, a claim that is vehemently disputed by several countries including Taiwan, the Philippines, Indonesia and Vietnam.

At stake is potentially trillions of dollars of oil and gas reserves, and very lucrative sea trade routes.

In response, China has embarked on large scale land-reclamation projects — creating land on and around existing small islands.

"China is seizing islands by force and building military garrisons on them, which is provocative not only to the United States but to its neighbors," said Professor Navarro.

"The 1980s Law of the Sea Treaty dictates that even a small rock in the sea can have a 200 miles economic zones around them, which includes all of the oil and fish within those area. What China has been trying to do is take as many of those rocks as possible."

His now official appointment is being seen as the clearest signal yet that Mr. Trump intends to back up his tough anti-Chinese rhetoric.

​During the campaign Mr. Trump blamed the loss of millions of manufacturing jobs in the US on China.

He has threatened to impose a 45 % tariff on Chinese imports.

The world will watch with bated breath to see what more than a threatened "showdown" Beijing may come back with in response to such a policy.

How Likely is War Between China and the US?