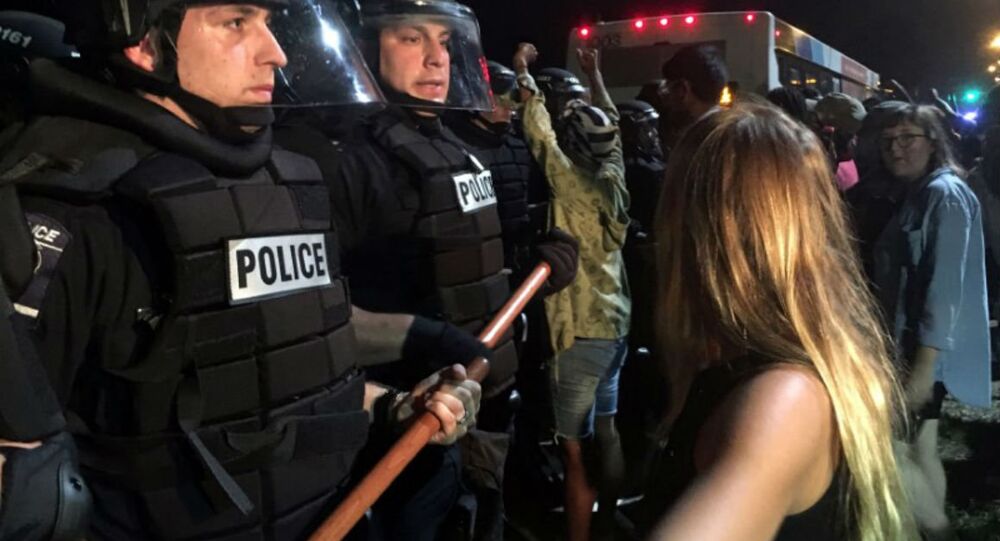 The Fraternal of Police (FOP) has released a list of “Potential Actions” for President-elect Donald Trump during the first one hundred days of his administration. Radio Sputnik’s By Any Means Necessary speaks with DJ and talk show host Jamal Muhammad about the suggestions, and what they could mean for marginalized communities in the US.

Notably, many of the list’s bullet points have implications beyond policing, including drastic moves against undocumented immigrants, reversing a Bush-era ban on racial profiling in federal agencies, and rescinding recent changes in relations with Cuba until suspected "cop killers" harboured in the Caribbean nation are returned to the US. The last suggestion is in reference to Assata Shakur and Nehanda Abiodun, two black radical activists who fled to Cuba in the 60s to escape persecution.

​Muhammad told By Any Means Necessary that many of the FOB 'actions' have clear racial implications, even though it is not explicitly stated, observing that this contradicts calls to improve relations with black communities that are currently being touted by police.

"The fact is, all of those actions are impacting people of colour, that’s the big pink elephant in the room that we’re not addressing," he said. "If you want to improve relations with the community, then you do so. You don’t come out with all these heinous actions and irresponsible acts and lack of accountability then say, 'Oh we want to build a bridge with the community.'"

The focus on policing in poor communities of colour obscures the economic root of crime itself, Muhammad pointed out, along with the often-ignored presence of officers behaving unethically.

Walmart announced Tuesday that it would stop selling t-shirts that bore the phrases "Black Lives Matter" and "Bulletproof," after FOP president Chuck Canterbury wrote Walmart CEO C. Douglas McMillon saying, "I am concerned that allowing these articles to be sold in this way will damage your company’s good name amongst FOP members and other active and retired law enforcement officers….Commercializing our differences will not help our local police and communities to build greater trust and respect for one another."

The shirts were sold through the Walmart website by a Connecticut-based apparel dealer, Old Glory Merchandise. The merchandiser, in its attempts to monetize a cultural movement, has no connection to the Black Lives Matter group and also sells "Blue Lives Matter" shirts.

Whether the latter shirts have also been pulled from retailer shelves is not known.