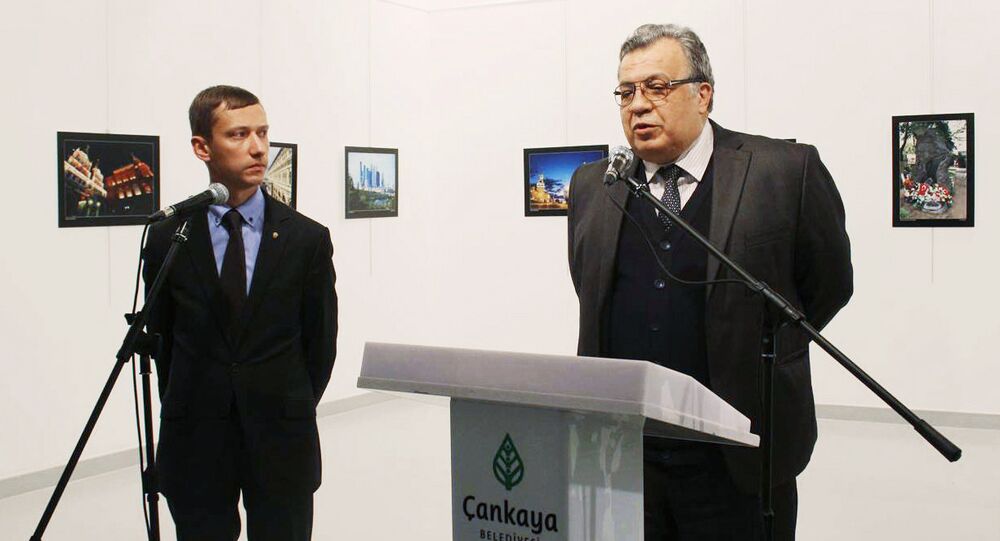 © Photo : Russian Embassy in Turkey
Outstanding Diplomat Karlov Tried to Save Russian-Turkish Relations – Kremlin
MOSCOW (Sputnik) – Earlier on the day, Russian Foreign Ministry’s spokeswoman Maria Zakharova demanded apologies from NYDN for publishing the article where Kuntzmann said he was "shedding no tears" for the assassination of Karlov which he called an example of "justice [being] served." Moreover, Kuntzmann compared the killing of Karlov with the assassination of Nazi German diplomat Ernst von Rath in 1938, who served Adolf Hitler, and labeled them as "public faces of atrocity."

The columnist also said he was surprised that many US citizens condemned his article having expressed solidarity with Russia.

"So make up your mind, America — are you with the self-styled freedom fighter or Russia?" Kuntzmann said referring to Mevlut Mert Altintas, who shot the Russian ambassador.

Karlov was killed on Monday by Turkish police officer Altintas at an art gallery exhibition in Ankara. The Russian Foreign Ministry considered the attack a terrorist act.