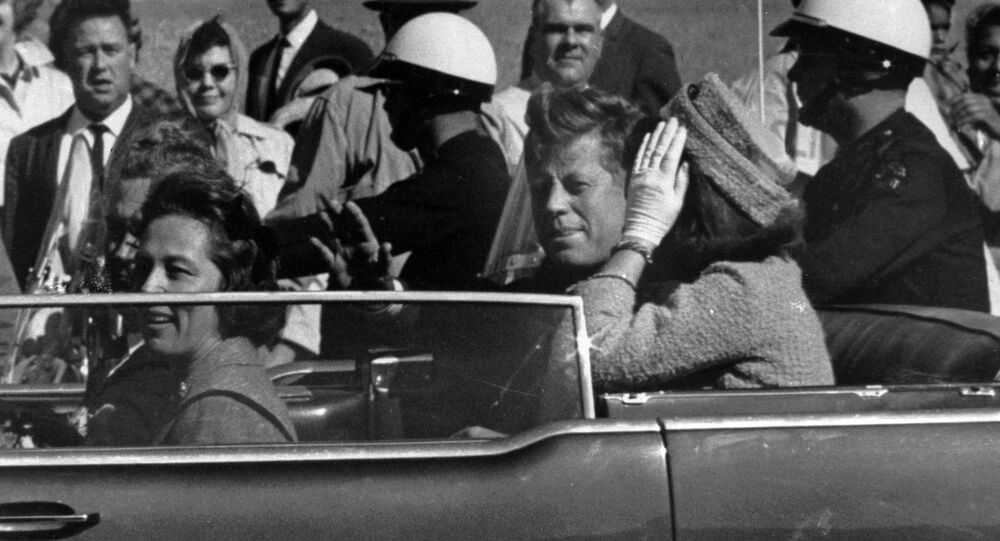 Next year, the US government will hit its 25-year deadline to release approximately 3,000 never-before-seen documents, and 34,000 previously redacted files relating to the assassination of US President John F. Kennedy.

© East News / Everett Collection
Woman Suing US Gov't Over 'Lost' JFK Assassination Footage [Graphic Video]
In 1991, Oliver Stone’s film “JFK” renewed public interest in a probable conspiracy surrounding the events leading to the November 22, 1963 assassination. The massive surge in interest lead to the passage of the 1992 JFK Records Act, which gave the government 25 years to release all documents relating to what happened in Dealey Plaza on that day.

The National Archives annex in Maryland is currently processing, scanning, and preparing for the large trove of files to be released.

Many of the files are from the House Select Committee on Assassinations, and are expected to reveal what the CIA may have known about Lee Harvey Oswald prior to the shooting. Also contained in the previously unseen files is “information about the CIA’s station in Mexico City, where Oswald showed up weeks before JFK’s death; 400 pages on E. Howard Hunt, the Watergate burglary conspirator who said on his deathbed that he had prior knowledge of the assassination; and testimony from the CIA’s James Angleton, who oversaw intelligence on Oswald,” Time Magazine reports.

“The records that are out there are going to fill out this picture,” Jefferson Morley, an author who has spent decades researching the JFK assassination, told the magazine.

There are hopes that the files will provide information on George Joannides, a CIA officer who had been involved with an anti-Castro organization whose members fought with Oswald in New Orleans months before the assassination.

According to the Act, if an agency seeks to withhold any documents scheduled for release, they must appeal directly to the President.

Shots That Rocked the World: Anniversary of JFK Assassination