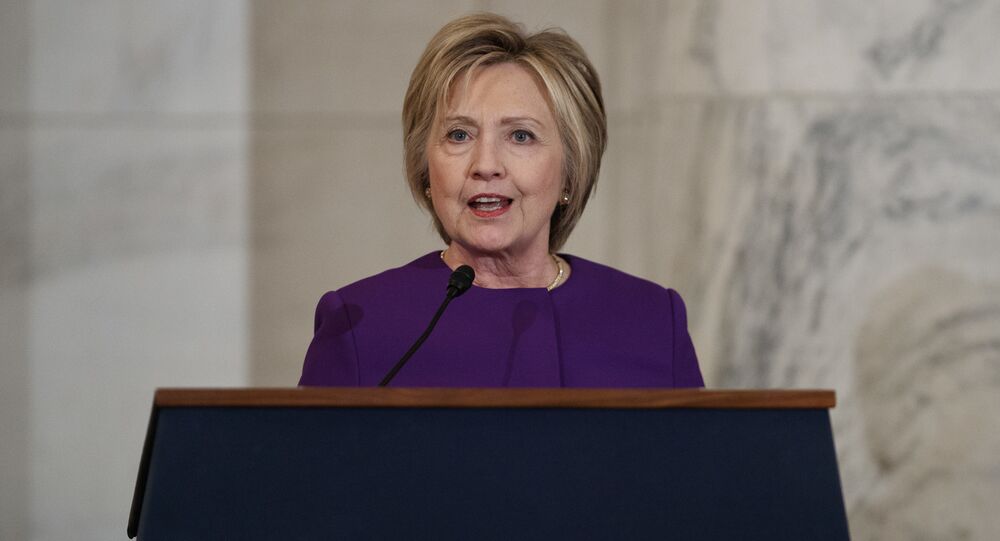 A Democratic elector in the US state of Minnesota declined to cast a ballot for his party’s presidential nominee, Hillary Clinton, during Monday’s voting in the Electoral College, local media reported.

© AFP 2021 / JEFF KOWALSKY
#NeverTrump Campaign Fails to Organize Massive Protests as Electoral College Votes
Abdurrahman instead cast his vote for US Senator Bernie Sanders, who competed against, then endorsed, Clinton for the 2016 Democratic presidential nomination. Abdurrahman’s action as a "faithless elector" led to his being replaced with an alternate elector, as required by Minnesota law.

That person voted for Clinton, giving her all 10 of the state’s electoral votes in the November 8 election. The result reflected Clinton’s victory over Republican Donald Trump in the popular vote among Minnesotans, by a margin of 44,765.

All 538 Electoral College members were meeting Monday in their respective state capitals to cast ballots for the next president. Trump is expected to retain all 308 electoral votes he won in last month’s election, topping Clinton’s 232 and winning the 270 needed to secure the presidency.

Most US Voters Say Electoral College Should Choose Trump on Monday