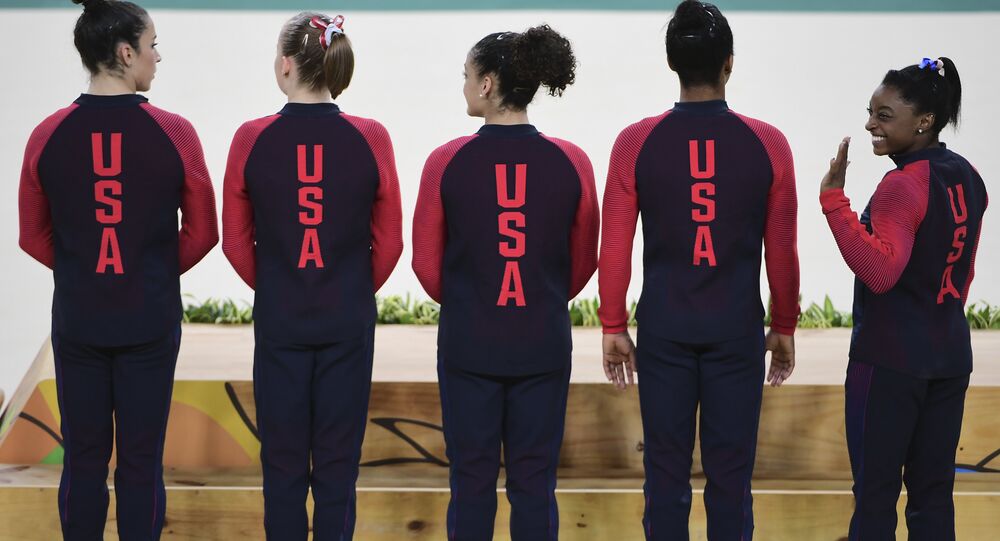 Over 360 Gymnasts Abused Across US, Including by Coaches

Over 360 gymnasts were sexually abused in the United States over the last 20 years by their coaches and gym owners, as well as other adults in the gymnastics field, an investigation conducted by US media reveals.

MOSCOW (Sputnik) – According to a review of police files and court cases conducted by The Indianapolis Star and USA Today, sexual abuse in US gymnastics occurs at a rate of one in every 20 days.

"It's just too easy for coaches to keep getting hired and hired and hired. Sexual abuse thrives on the fact that people are embarrassed about the topic, ashamed to talk about it, and they keep quiet about it. And that's exactly why molesting coaches keep getting hired at the next place. Nobody talks about a coach that is inappropriate with athletes; the coach quietly moves away and gets hired someplace else," Nancy Hogshead-Makar, an Olympic gold-medal swimmer and CEO of the advocacy group Champion Women said as quoted in the new Indianapolis Star report.

At least 368 gymnasts claim to have suffered some form of sexual abuse in the United States, the report shows, adding that the alleged abuse has taken place in various states, including California, Washington and Florida.

Coaches suspected of abuse continue to work with children as gym owners tend to simply fire them without warning future employers of any potential danger.

USA Gymnastics told the Indianapolis Star that it is working on addressing the issue of child sexual abuse across the United States.