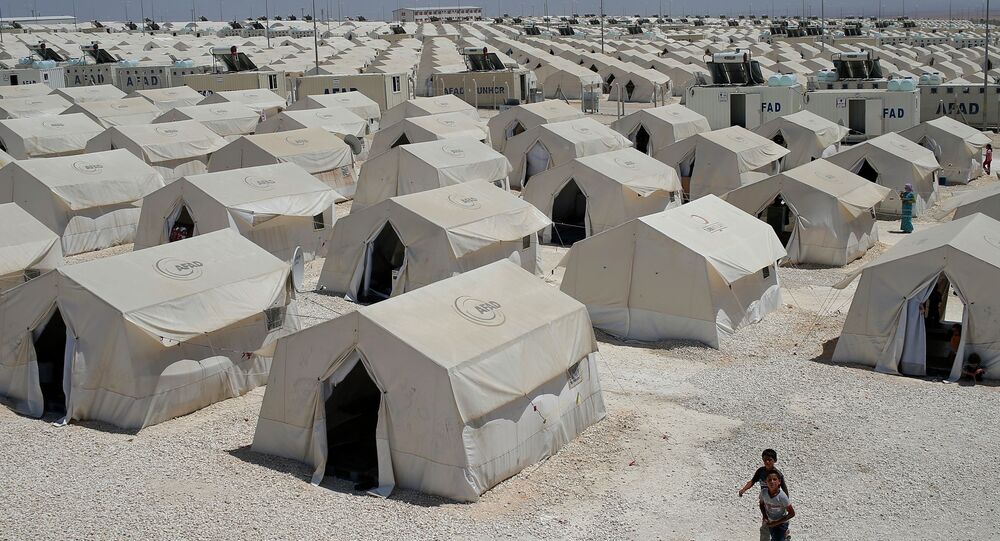 The United States must push ahead with creating new safe zones within Syria for the millions of refugees displaced by the conflict there, according to President-elect Donald Trump.

© REUTERS / Khalil Ashawi
US Arming Opposition Rebels in Syria Allied With Al-Qaeda - Congresswoman
WASHINGTON (Sputnik) — The United States must push ahead with creating new safe zones within Syria for the millions of refugees displaced by the conflict there, President-elect Donald Trump told a thank you rally in Orlando, Florida.

Trump repeated his pledge, made often during his election campaign, to scrap the policy of nation-building around the world and interventions in other countries followed by US presidents Bill Clinton, George W. Bush and Barack Obama over the past quarter century

"Our foreign policy needs a new direction… For too long we have been moving from one reckless foreign intervention [to another]… Instead of rebuilding foreign nations, it is time to rebuild our nation," he said.

Trump thanked the Cuban American and Hindu communities for their strong support during the November 8 presidential election.