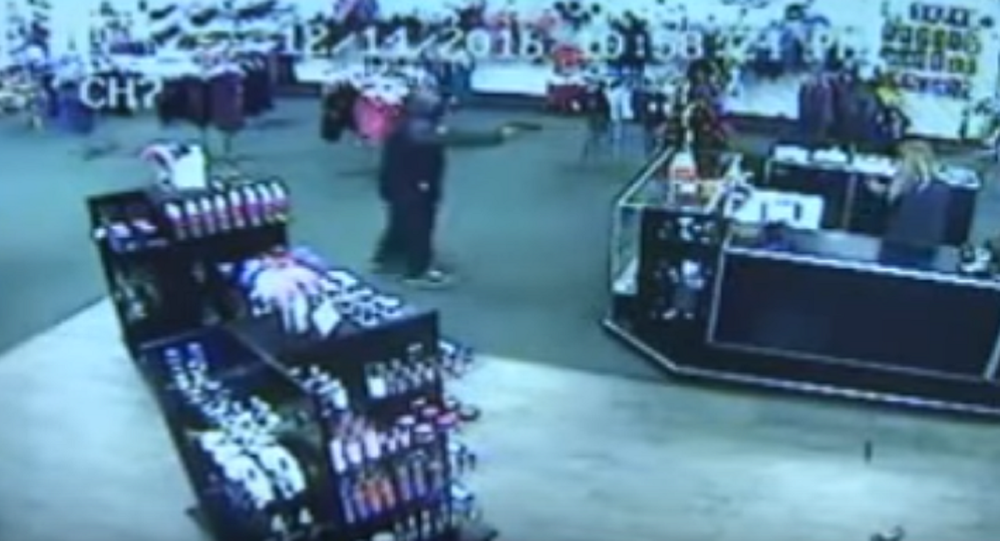 Employees at a California sex shop used adult toys to fight off an armed robber, and the entire ordeal was captured on store surveillance footage.

On Wednesday evening, just before Lotions & Lace in San Bernardino was about to close, a man in a hoodie walked in with his face covered, holding what appeared to be a gun.

"With the gun, he walked in. I just thought he was trying to be funny, to scare us," a brave store clerk, identified only as Amy, seen in the video with long blonde hair, told ABC 7. "But then I saw the gun and it was like, really? I don't have time for this."

In the shocking footage, Amy is behind the counter and shouting at the intruder. Eventually, the man tried to grab her, and that is when a coworker began throwing sex toys at him.

The San Bernardino Police released the footage, as well as a blurry image of the man’s face from an outside camera, in hopes that the public will help to identify him.

So far, the suspect has not been apprehended.