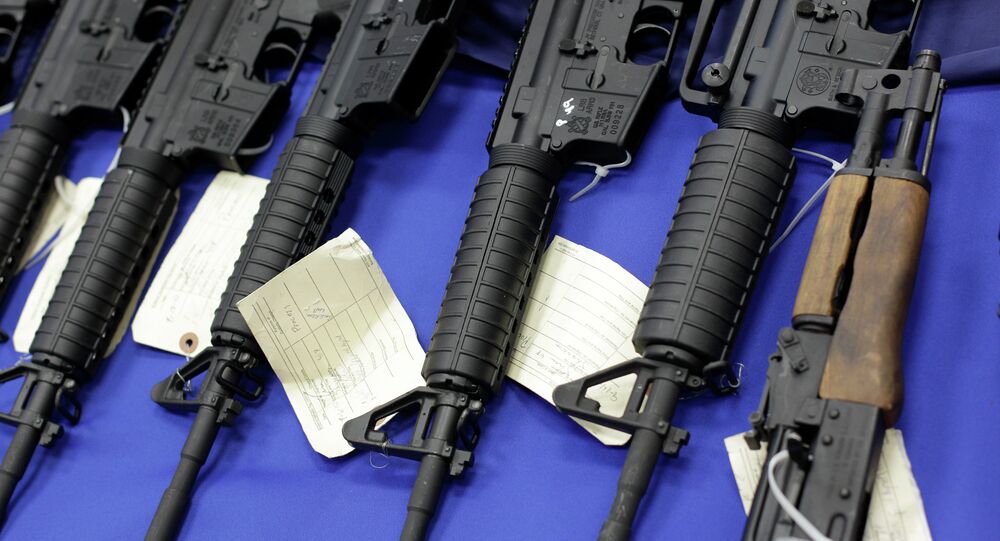 US Sergeant Pleads Guilty to Funneling Guns to Mexican Cartel

Sergeant Julian Prezas, a former US Army recruiter, has pled guilty to two out of five charges of lying on federal firearms forms and attempting to export weapons to Mexico. The assault rifles he aided in exporting were meant to arm the Gulf Cartel in Mexico, court documents say.

Between April and August of 2015, Prezas admitted to the purchase of 42 rifles, including AR-15’s and AK-47’s. He dispatched co-defendants Thomas John Zamudio, Ricardo Esparza Salazar and Christopher Brown, all former servicemen he met during his stint with the military, to purchase the weapons for him, whereupon he allegedly sold them to a codefendant turned informer for the US Bureau of Alcohol, Tobacco, and Firearms (ATF). Zamudio, Salazar, and Brown all face a maximum of ten years in prison.

The plea deal reports that the agent, who was not named in court documents, first made contact with Prezas after the defendant posted on Facebook that he had ammunition for sale. This began a business relationship in which the informer claimed that Prezas sold him sold him "13 AR-15s, some 50 to 60 AK-47s and a shotgun" according to San Antonio Express-News. Prezas filed off serial numbers on the weapons, according to the plea deal, and had been told by the buyer that the guns were Mexico-bound.

George Dombart, a San Antonio criminal defense attorney defending Prezas, issued a statement calling his client a "decorated veteran" who misunderstood gun-sale regulations. "Sometimes, the line gets blurred on public versus private sales. Once he became aware that his conduct was illegal, he accepted responsibility," Dombart said. Prezas’s plea deal states that, during his September 2015 arrest, he told agents that he thought the guns were meant for "a cartel or something."

Prezas’s actions violate a January 2016 change to Facebook’s terms of service (TOS), which prohibit the sale of guns and ammunition on their website. Facebook made the change to close a loophole allowing the purchase of firearms without a background check, if the sale is private, but Facebook, with 1.8 billion users, found that many violations of their TOS go unpunished.

Over 160,000 Mexican civilians have been killed since 2007, a significant portion of which as a result of cartel-related violence. That violence has spilled over into the US on many occasions. The US State Department reported that 181 Americans were killed in Mexico between 2013-2014, and US drug overdoses (primarily as a result of heroin and methamphetamine from Mexican cartels) have tripled since 2000.

Sgt. Prezas faces a disciplinary discharge from the military and up to thirty years in prison if convicted.