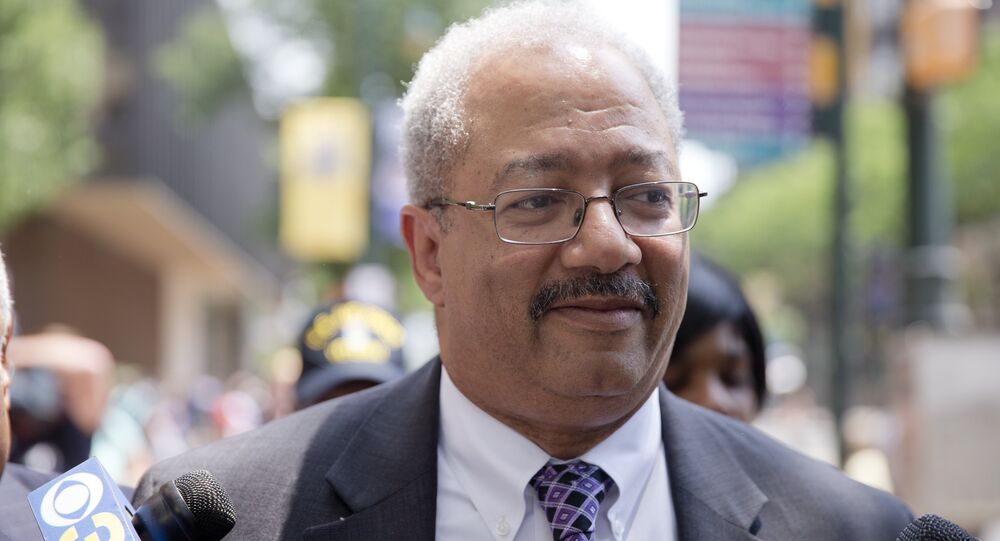 A US federal judge sentenced former congressman Chaka Fattah on Monday to 10 years in prison on corruption charges.

WASHINGTON (Sputnik) – Fattah, a Democrat from the state of Pennsylvania, received the second-longest prison sentence for corruption ever imposed on a current or former member of the US House of Representatives, the Philadelphia Daily News reported.

The 60-year-old former legislator is scheduled to begin his sentence on January 25.

© Photo : Andy Hall/Oxfam
UK Accused of Erecting 'Brick Wall' Over Tax Havens, Laundering, Corruption
At Monday's sentencing hearing in US District Court in Philadelphia, Fattah expressed regret for some past decisions but also said he had helped millions of people during his career.

In June, he was convicted in a racketeering conspiracy for using charitable funds and federal grants to repay $600,000 he had borrowed in a failed campaign to become mayor of Philadelphia. Fattah also used campaign funds to repay his son's student loans and planned a scheme to repay $130,000 to a political consultant using money from a federal grant.

Fattah served in Congress for 22 years before losing in a party primary in April. He resigned from office in October.