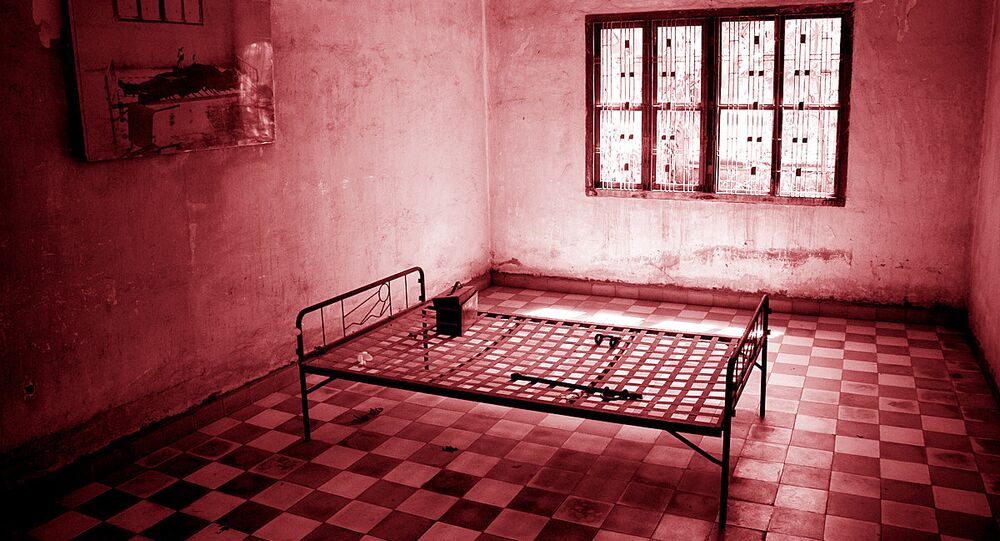 Why Almost a Half of US Citizens Find Torture Acceptable, According to ICRC Poll

Almost a half of US citizens believe that torturing the enemy is acceptable, that’s according to a new poll conducted by the International Committee of the Red Cross. 46 percent of respondents found torture acceptable, 30 percent opposed it, while 24 percent were unsure.

Radio Sputnik spoke with Iolanda Jaquemet, PR Officer on Campaigns and Policy at the ICRC.

“What we found during the survey that took place in sixteen countries is that over 8 in 10 people consider attacks against civilians to be wrong and also the same number of people consider attacks on hospitals and healthcare to be wrong, so this encourages us of course because it shows that the majority of the population around the world actually support the Geneva convention of which we are the guardians and to which all the states on the planets have signed up,” Jaquemet said.

© REUTERS / Carlo Allegri/File Photo
Watchdog: Trump Must Dump Pledge to Restore Torture as It Violates Human Rights
She further said that on the other hand these results show a strong disconnect between what  people say, that they are very strongly against violations and what is seen every day on the battle fields where states, armies and non-state armed groups violate these laws.

Jaquemet further said that nowadays globally the number of people who are against torture has fallen to 48%, which is less than one in two people around the world.

She spoke about possible reasons as to why this acceptance of torture is taking place. “We have a few ideas and one is that the constant stream of gruesome images on our televisions and mobile phones is making people believe that torture is the new normal. Additionally, political rhetoric around the world during the past ten, fifteen years and also popular culture as we see movies and video games in which extremely brutal practices is presented as normal,” Jaquemet said.

“Torture is not normal. It is banned under international law as it destroys an individual’s concerns and whole communities and finally it does not work. That is because the information you obtain under torture is usually not reliable, because a tortured brain is not a brain to actually provide reliable information,” the officer added.

According to the officer, when such polls are conducted sixteen countries are taken into consideration. These countries are divided into two groups. One group consists of six countries: five nations of the Security Council and Switzerland. The second group comprises ten countries, basically the countries that have been torn by war for some decades now.

“Basically those people that are at war show much more respect and understanding for the Geneva Convention or what we call the laws of war than the people here around me in Geneva who have been living at peace for centuries,” Jaquemet said.

So majority of people such as Yemenis, Syrians, and Iraqis are absolutely opposed to torture, yet almost half of the Americans support torture.

The officer further spoke about how in Europe people casually talk about war or torture because they have not been exposed or directly confronted with it.

The officer also discussed how “dehumanization of the other or the enemy” comes back and haunts the torturers.

“By dehumanizing others we start a race to the bottom. We brutalize societies for generations. Basically after war people have to live together again, and so the more violations, the more you indiscriminately bomb others and target civilians the more you use torture or other forms of ill treatment, the more you damage the social fabric,” Jaquemet said.

The poll showed how America’s military campaigns in the Middle East changed the public’s attitude towards this issue. In comparison, in 1999 when asked the same question 65 percent of respondents said that US should not torture captured enemy combatants.

The 2016 poll also showed a significant change in attitude among the people living in UK, China, France and Russia – permanent members of the United Nations Security Council. Nigeria and Israel have the highest rates of support for torture with 70 and 50 percent of respondents calling the practice acceptable.