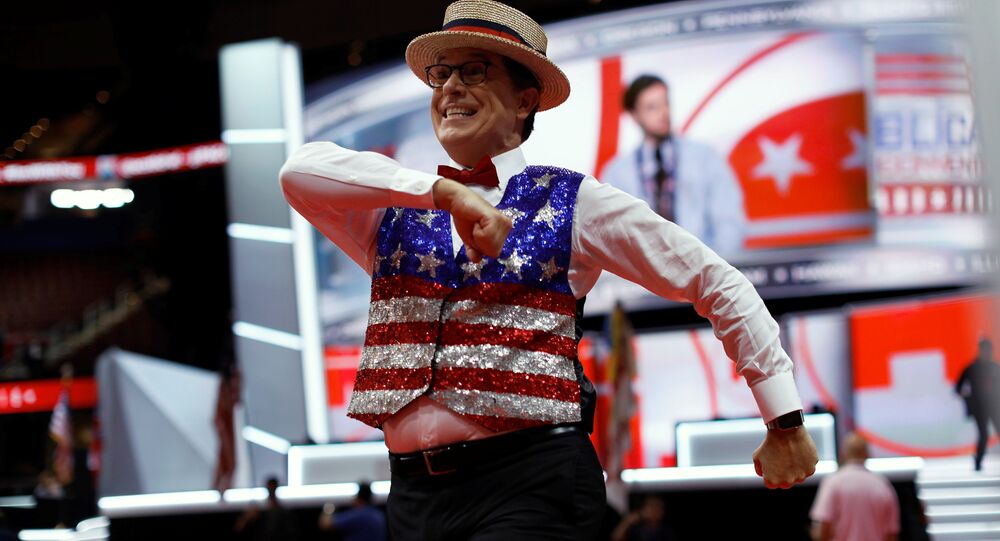 In an email release on Tuesday, WikiLeaks revealed that The Colbert Report was colluding with the Clinton Global Initiative, years before Hillary Clinton’s campaign was officially launched.

In an email from Craig Minassian of the Clinton Global Initiative to John Podesta, the former asserts that the show aired two episodes that he “had them do.” The episodes focused on presenting the Clinton Foundation in a positive light.

© Flickr / Dennis Skley
WikiLeaks Sources in US Facing Serious Charges Seek Legal Aid
“I hope you got a chance to see the The Colbert Report’s two special episodes I had them do about CGI U that we taped in St. Louis this weekend,” Minassian wrote. “This is the link to last nights with a sketch about commitments and the monologue and WJC (Bill Clinton) interview aired Monday. Hope you enjoy and looking forward to your feedback. Next will be your Colbert appearance!”

The show has long supported Democratic candidates and policies, but it was not previously clear that they had been taking direct orders from the operatives of party figureheads.

© REUTERS / Brian Snyder
No More Pay to Play? Australia Halts All Clinton Foundation Funds
On Wednesday’s episode of Stephen Colbert’s new gig at CBS’s The Late Show, the host addressed the email, by jokingly saying that “she can’t afford me.”

“A conspiracy is what villains do. An agreement is what adults do,” Colbert said.

He then asserted, “WikiLeaks, Alex Jones, and the subreddit sub-geniuses––and I mean this in the nicest way possible––grow the f*ck up.”

With the use of curses, a rarity for the popular performer, it appears as though the disclosure may have gotten under his skin.