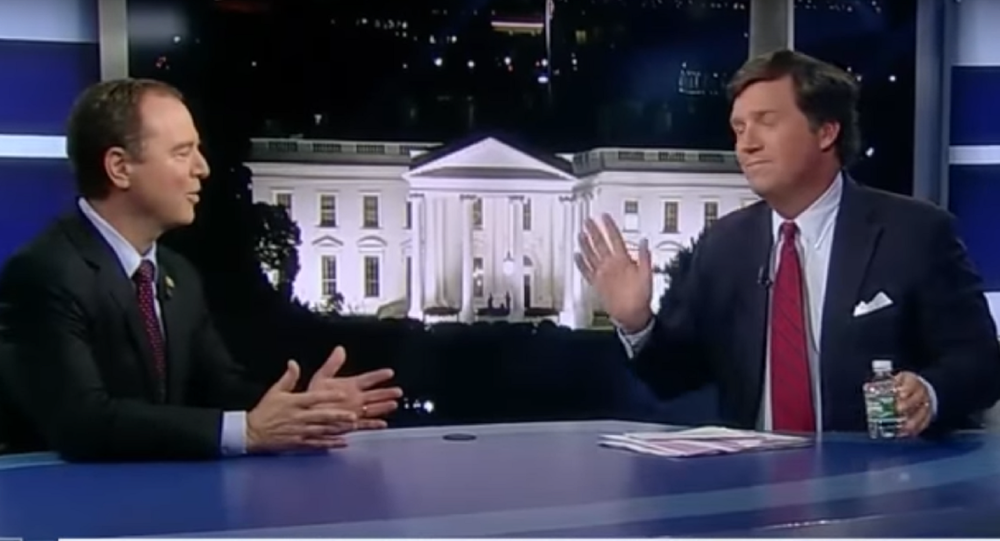 On Fox News’ Tucker Carlson Tonight, Congressman Adam Schiff was absolutely humiliated over his Russian hysteria and repeated claims that the Kremlin had hacked the election.

© AFP 2021 / SAUL LOEB
US Lawmakers Move to Criminalize ‘Fake News, Propaganda’ on the Web
Carlson asserted that Schiff does not know if Russia was behind the hacks. He then challenged the congressman to turn to the camera and specifically say that, “I know the government of Vladimir Putin hacked John Podesta’s emails.” The representative would not comply.