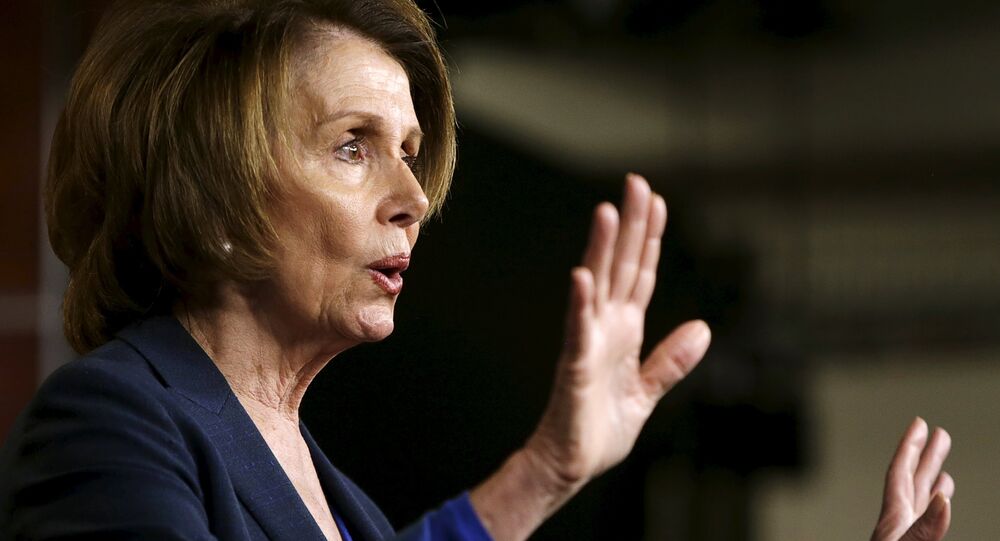 Scott Pruitt, president-elect Donald Trump's possible nominee to head the US Environmental Protection Agency (EPA), would advocate for the interests of the largest oil and gas companies if confirmed to the position, US House of Representatives minority leader Nancy Pelosi said in a press release.

WASHINGTON (Sputnik) — Earlier on Wednesday, US media reported that Trump was going to announce the nomination of Pruitt as EPA administrator.

"Pruitt has brazenly used his [Oklahoma Attorney General] office as a vehicle for the agenda of big polluters and climate deniers in the court," Pelosi stated on Wednesday. "[T]he head of the EPA cannot be a stenographer for the lobbyists of polluters and Big Oil."

Government Spying on Occupy, Trump's EPA, and the Climate of the DNC
US Senator and former contender for the Democratic presidential nominee Bernie Sanders called Pruitt "a climate change denier" and referred to his work with the fossil fuel industry.

"The American people must demand leaders who are willing to transform our energy system away from fossil fuels," Sanders said in a statement. "I will vigorously oppose this nomination."

Pruitt, a Republican, has been a critic of EPA policies and practices adopted during the presidency of outgoing US President Barack Obama.

EPA Puts US Carmakers on Notice for Potential Emissions Rigging