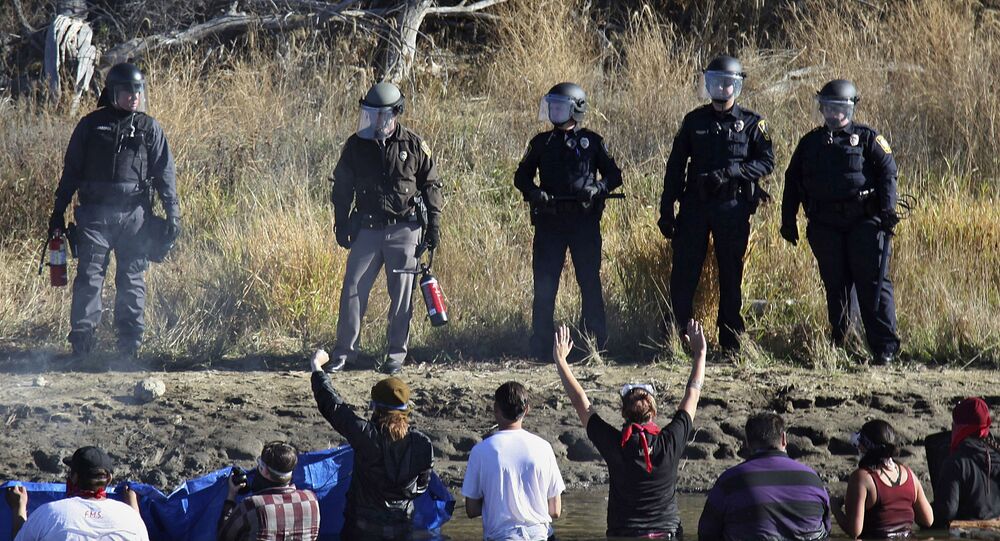 Protesters in the state of North Dakota are optimistic but uncertain about the future of the US Army Corps of Engineer’s decision to halt the construction of the controversial Dakota Access Pipeline, Standing Rock Medic and Healer Council member Linda Black Elk told Sputnik.

WASHINGTON (Sputnik) — On Monday, Trump transition spokesman Jason Miller told reporters that the president-elect will wait until he is in office to review the USACE decision to deny Dakota Access Pipeline permission to drill underneath a vital water source on tribal lands.

“We’re cautiously optimistic,” Black Elk said.  “On January 20, things can look very different. When Trump takes office, we do not know what’s going to happen. Will this be overturned on January 21? We do not know.”

Black Elk, a member of Catawba nation and longtime resident on the Standing Rock Sioux Reservation, told Sputnik the victory might be "short-lived."

While the future is still uncertain, Black Elk said that none of the protesters have left camp and no one has given up.

Last week, North Dakota’s governor issued evacuation orders with a Monday deadline that applied to protesters in the Oceti Sakowin camp. More than 2,000 US military veterans showed up to the camp on Sunday to prevent protesters from being forcibly removed by law enforcement.

Members of the Standing Rock Sioux Native American tribe claim the pipeline would affect their water sources and violate sacred land. The nearly 1,200-mile pipeline is intended to transport domestically produced light crude oil from North Dakota through the states of South Dakota and Iowa into Illinois.