The US Congress has not scheduled a vote until the end of 2016 to provide Ukraine with lethal aid, Democratic ranking member of the US House of Representatives Foreign Affairs Committee Eliot Engel told Sputnik.

WASHINGTON (Sputnik) — When asked if there are any votes planned on sending weapons to Ukraine, Engel said, "No."

"We are going into a new session in January. So we’ll have to see how it plays in January, but right now, not till the end of the year," he stated on Monday.

Engel noted, however, that he supports providing arms to Ukraine. 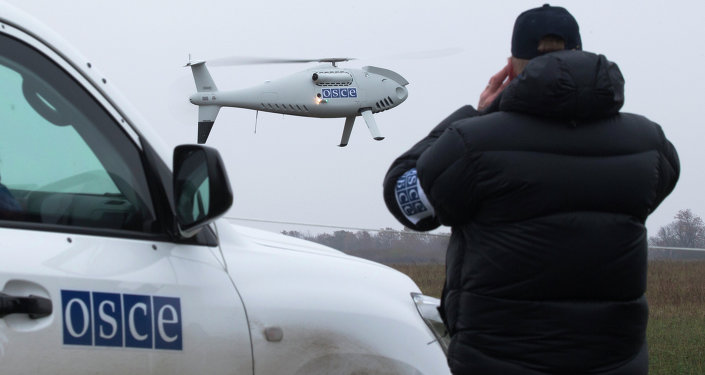 © AP Photo / Dmitry Lovetsky
Ukraine Wants OSCE to Monitor Donbas Ceasefire With Drones - Parliament Deputy Chair
"I am for it," he stated. "I think that there has been Russian aggression in Ukraine that’s unconscionable."

"I don’t think that’s the right thing to do. So, they are asking weapons to defend themselves. If Russia would withdraw from Eastern Ukraine, there would be no need for any weapons," Engel argued.

However, Engel also noted he is not in favor of US troops being sent.

"[B]ut I think we can help them defend themselves," the US congressman added.

In September, the US House of Representatives approved legislation to allow the supply of lethal "defensive" weapons to Ukraine.

The Ukrainian government has been conducting a military operation in the country's eastern regions since April 2014. In February 2015, Kiev and the southeastern militia signed a deal in the Belarusian city of Minsk on reconciliation. The deal includes a ceasefire and means to monitor and verify it, and the withdrawal of weapons from the line of contact.