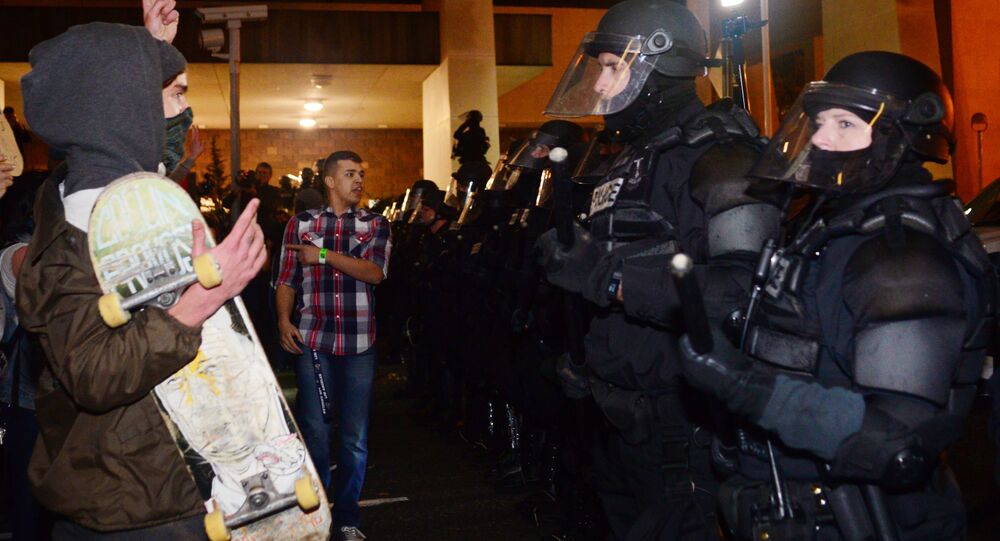 Anti-Trump Protests in US Unlikely to Grow Into Revolution - AmCham

Post-election protests against Donald Trump will not turn into a revolution, the head of the American Chamber of Commerce in Russia told Sputnik.

MOSCOW (Sputnik) — The protests against US President-elect Donald Trump are not going to turn into revolution despite the strong resentment of the supporters of Hillary Clinton, the Democratic Party's candidate, the head of the American Chamber of Commerce in Russia (AmCham) told Sputnik.

"Clinton supporters were certain she would win. When it did not happen, there was shock, there was resentment. But there isn't going to be a revolution in the United States," Alexis Rodzianko said.

© AP Photo / Jon Elswick
Protesters Converge on Trump Tower in Chicago (VIDEO)
The AmCham Russia CEO added that the victory must have been unexpected not only for the media and the political establishment, but for Trump himself and his campaign.

Rodzianko said that he, personally, saw Trump's victory as a positive development because the bussinessman's position on Russia "had always been more constructive."

Trump secured more than the required minimum of the Electoral College votes in the November 8 election, but ceded to Clinton, according to the results of the popular vote.