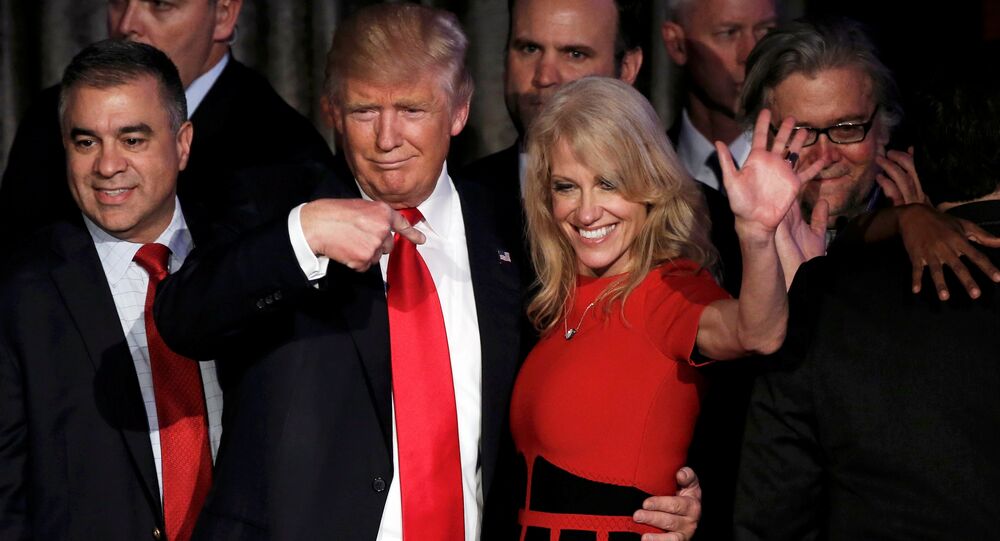 Conway Says Race Would Have Been Harder With Sanders as VP

President-elect Donald Trump's campaign manager Kellyanne Conway told CNN's State of the Union program that she believes the race would have been closer had Democratic candidate Hillary Clinton chosen Bernie Sanders as her running mate.

Supporters of the independent Vermont senator never fully warmed to Clinton, she said, even though Sanders himself endorsed her.

Conway also said she wanted to thank Sanders for his effect on Trump's campaign.

"[H]e softened up Hillary Clinton. He won 22 states and 13 million voters, and that ain't nothing," she said.

Sanders won Democratic primaries in Michigan and Wisconsin, states that have recently tended to go to Democratic candidates but that Trump went on to win in the general election.

Sanders has not been left out of the Democrats' post-election blame roulette, which has found him, FBI Director James Comey, Facebook, Russian President Vladimir Putin or third party candidates Jill Stein and Gary Johnson, singly or in combination, to be responsible for Clinton's loss. Rarely is the finger pointed at Clinton herself or her campaign.

Earlier this week, Peter Daou, who had no official position with the Clinton campaign but was described by The Hill as operating a "de facto adjunct of the official effort," tweeted, "Until certain Dems get over the denial of how badly Bernie damaged Hillary's public image, we will make little progress as a Party."

He also said, "I'll be crystal clear: Bernie Sanders has absolutely no business determining the course of the Democratic Party after the harm he did to us" in another.

Clinton and Sanders have avoided blaming each other for the Democrats' loss, though their supporters have been publicly feuding. Daou's next-to-official position with the Clinton campaign is causing speculation that simmering tension between the two former candidates may be about to erupt.

Any Chance Hillary Clinton Could Still Move Into the White House?