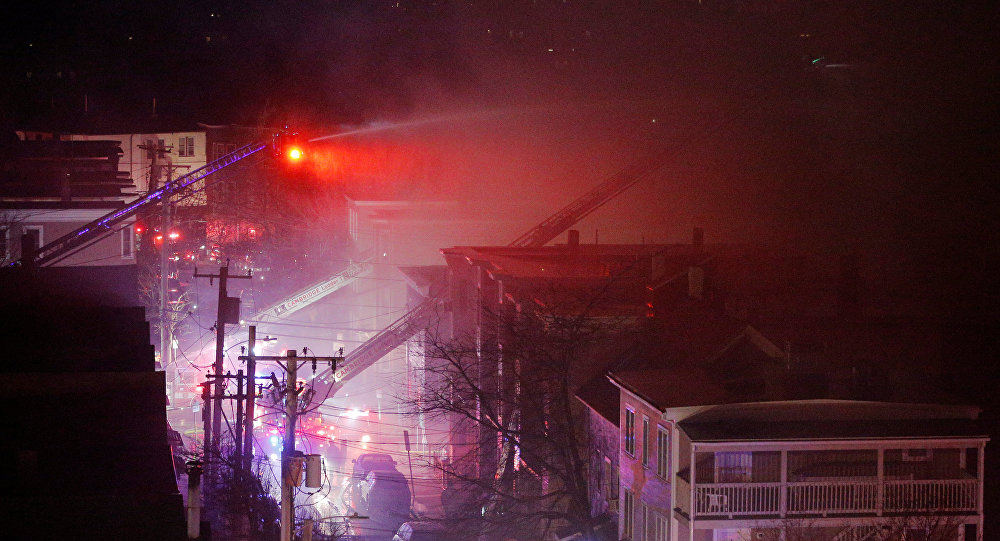 A massive fire in Cambridge, Massachusetts, has caused at least one building to collapse and has engulfed at least seven others, as firefighters battle strong winds to control the flames.

The fire, which began around 3 p.m. according to the Cambridge Fire Department, is burning multiple residences and commercial buildings in the densely populated area, and there are reports of cars exploding.

A police officer is said to have collapsed and been taken from the scene, though there are no casualties yet reported.

Some 140 firefighters from multiple departments are said to be at work fighting the blaze. The cause remains unknown.

Several dozen people have been evacuated from the area and five treated for minor injuries, local media reports. A Red Cross shelter for those displaced by the fire has been set up nearby.

Michael Workman, who lives in the areas, told the Boston Globe a residence across the street from his house "went up in a heartbeat."

"It was just raging…It was just going so fast. I've never seen anything like that."