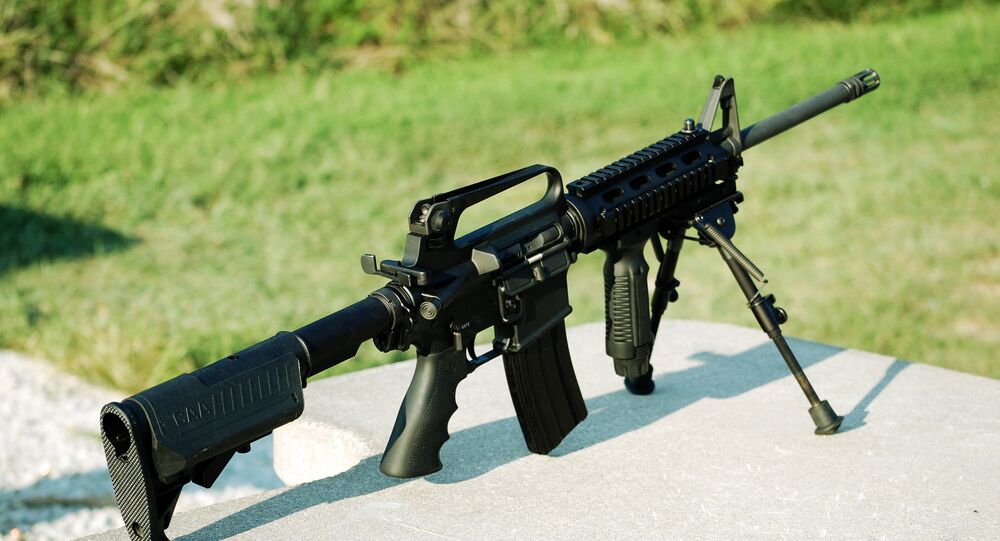 Connecticut’s top court has agreed to hear a direct appeal by families of the victims of the 2012 Sandy Hook Elementary School shooting, whose collective lawsuit against gun manufacturers and retailers was dismissed in October.

The Connecticut Supreme Court will hear a direct appeal by the families of the victims of the 2012 Sandy Hook shooting atrocity, who are seeking to recover damages at the expense of Remington Outdoor Co, the maker of the Bushmaster AR-15 semi-automatic rifle used by the shooter. An earlier lawsuit filed by the families was dismissed in October.

"This case raises critical questions about reasonableness and accountability" in the sale of assault rifles, Katie Mesner-Hage, a lawyer for the families, said in a statement.

© AP Photo / Julio Cortez
Judge Dismisses Sandy Hook Shooting Families’ Lawsuit Against Gun Maker, Appeal Planned
According to the lawsuit, the AR-15 semi-automatic rifle, which has been publicly available for purchase use since 1965, should not be marketed to civilians, as it is a "military-style" weapon. The US military uses the fully-automatic version of the rifle, known around the world as the M-16.

Generally, civilians in the US are allowed to buy semi-automatic rifles only. While it is technically possible to buy a fully-automatic assault rifle or machine gun, it is highly complicated and even banned in some states.

Gun manufacturers in the US enjoy legal protection from lawsuits by victims and their families resulting from the misuse of their products through the 2005 Protection of Lawful Commerce in Arms Act (PLCAA).

The shooting at the Sandy Hook Elementary School at Newtown, Connecticut, saw 20 children and six members of staff shot and killed using the military-style gun. The shooter, who killed his mother just prior to the school attack, committed suicide when he heard the police sirens.

Stricter gun control was one of the key platforms to former Presidential candidate Hillary Clinton's campaign. President-elect Donald Trump, however, believes that gun ownership saves lives and can prevent casualties. Trump believes that the problem lies not with the easy availability of high-power weapons, but in the mental illness of the shooters, which should be addressed with targeted mental health care.