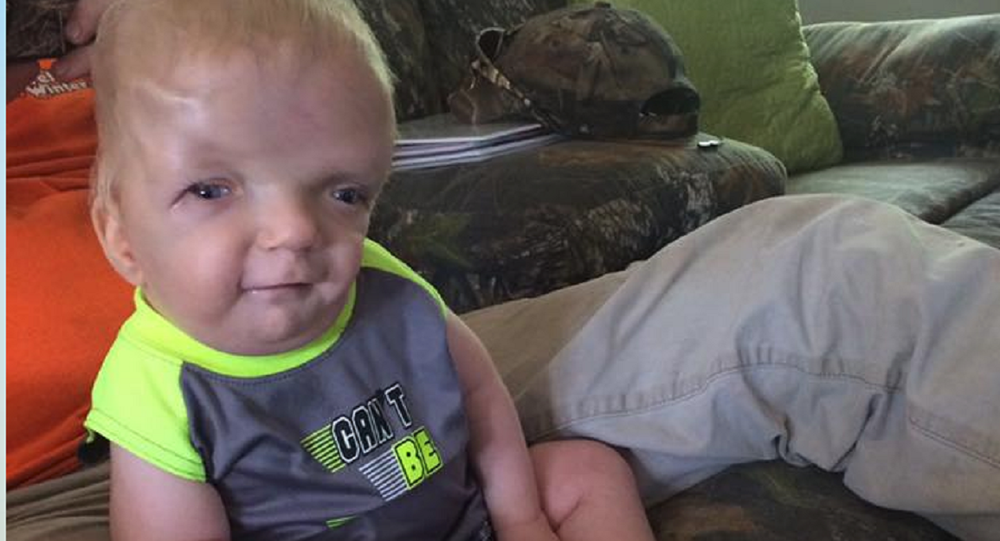 An Alabama toddler, born with 22 birth anomalies and fighting two terminal illnesses, has become a cruel meme after his mother created a Facebook page to share his progress and raise money for medical expenses.

YouTube/Vodaphone
Social Activist Monica Lewinsky Launches Anti-Bullying Emojis
The meme is a photo of a three-year-old Grayson Smith, holding a pumpkin with the words, “that face you make when your parents are actually cousins.”

Grayson is fighting multiple illnesses, including cerebral palsy, epilepsy, apnea, and protrusions of brain tissue through his skull. He was born with thumb hypoplasia, a cleft palate, hypospadias, congenital anomalies of the lower limbs, ASD of the heart, and many other abnormalities.

Two of his problems are terminal, hydrocephalus (water on the brain) chiari malformation, and craniosynostosis (malformation of the skull). Doctors underestimated the strength of the toddler however, originally predicting that when he was born he would only survive for a week or two.

When the family took the infant home from the hospital, they met with hospice care givers and were told to prepare for the worst.

“Paramedics were called almost daily, sometimes several times a week when he would quit breathing and we were in a constant panic. Our hearts were breaking. Grayson stopped breathing multiple times and could not come around on his own without help. Weeks went by like this,” his mother, Jenny Smith, wrote.

Over three years later, little Grayson is a happy and energetic toddler, even after undergoing 24 surgeries, including on his brain.

“Through dealing with all the hardship with Grayson’s chronic medical condition for the last three years, we have lost our house and have so many medical bills that we just don’t know how to keep up with all the cost,” according to a YouCaring fundraising campaign created by the child’s mother.

The child’s mother believes that the meme began circulating in May, but she was not aware of it until the beginning of November when a friend showed it to her.

“Honesty I didn't know what to say or do at first,” she told Sputnik News, “then I thought, we'll fight back. Grayson does so why shouldn't we?”

Now, the determined mother is attempting to have the images removed from the internet, and stop them from being shared.

She has contacted websites in which her son’s image is displayed and asked them to remove it. Some websites have complied, while others have refused. Jenny and her husband plan to continue to fight to stop the spread of the images.

The family also hopes that they can help to educate people that images of children with special needs or a terminal illness should not be used for a cheap laugh.