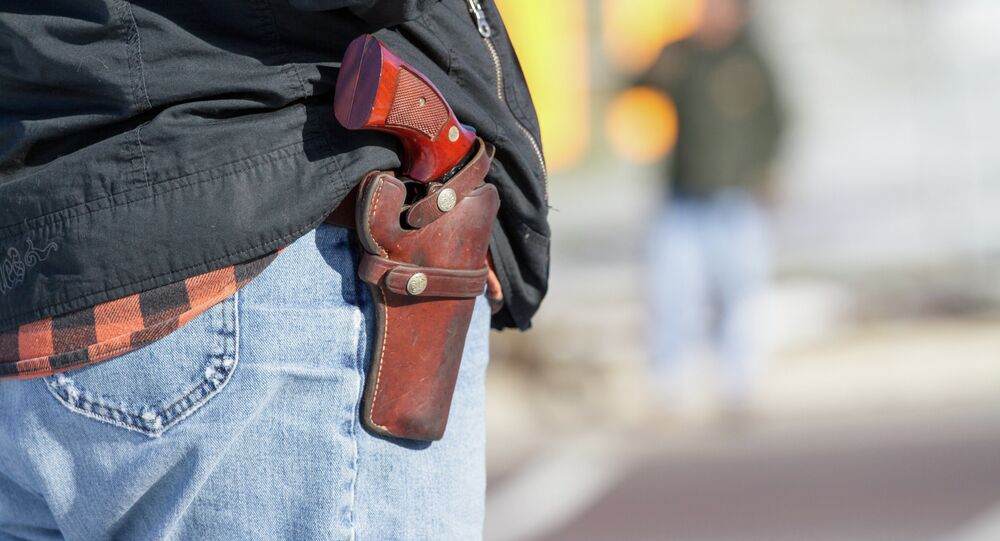 American police recently purchased Russian-made Osa handguns that shoot rubber bullets and have a laser target pointer. The guns are supposed to reduce the number of casualties when it comes to standoffs between police and criminals.

Police brutality in the United States has been a subject to heated debates over the last couple of years. Now there is a hope that the situation could change for better.

A sheriff's office in Arizona made an unprecedented purchase of 60 Osa guns and 10,000 shells. The Arizona police agency is the first in the US to buy the Russian-made non-lethal handgun.

"Sheriffs in Arizona purchased a party of multifunctional Osa handguns. This is the first time in recent history when the American security forces officially purchased Russian non-lethal weapons," says a statement of the press-service of the Tekhmash group, the producer of the weapon.

The pistol is supposed to be used in standoffs between police and criminals who need to be captured alive. The use of a non-lethal handgun could reduce the number of casualties and, thanks to its high-precision laser target pointer, result in more arrests.

"Illegal immigrants don't generally have guns, but they could be throwing rocks," Pinal County Sheriff Paul Babeu told Los Angeles Times. "I've seen those incidents end with someone getting shot, someone getting killed."

Over the past year, the United States has seen numerous protests following high-profile cases of police brutality around the country. The incidents have set off mass protests around the country and triggered a national debate about racial inequality and police violence.

On November 30, four people were detained in the US city of Charlotte, North Carolina amid protests sparked by the prosecutors' decision not to charge a police officer who shot and killed African-American Keith Scott. The 43-year-old man, was fatally shot by a police officer in September.