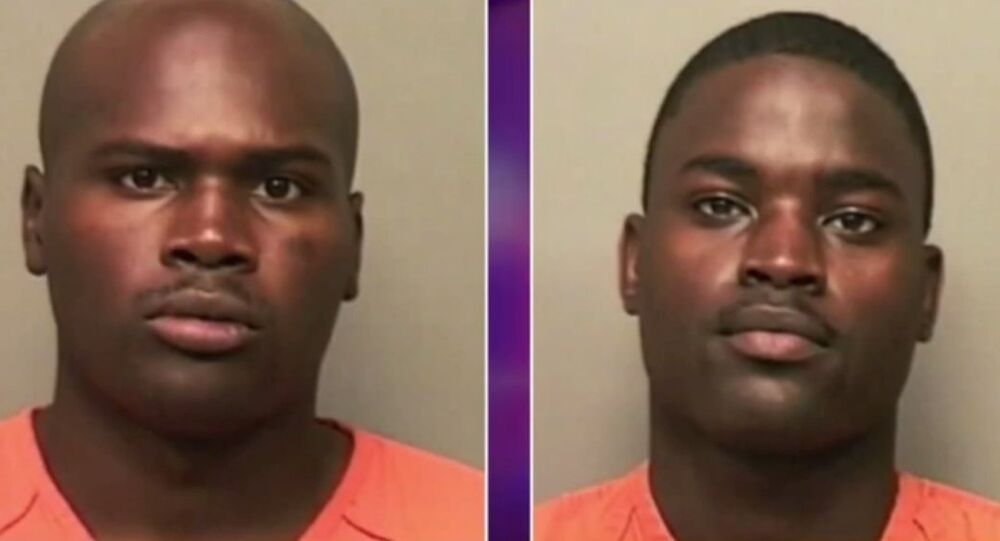 A pair of US Army troops have been charged with kidnapping, conspiracy of a soldier and premeditated murder for the death of Private First Class Shadow McClaine, also known as Branice Willis.The two soldiers have been remanded into pretrial confinement at Fort Campbell, an Army base which straddles the border between Kentucky and Tennessee.

Sgt. Jamal Williams-McCray, McClaine’s ex-husband and Specialist Charles Robinson were both held as persons of interests in October, but weren’t charged under the Uniform Code of Military Justice until Tuesday. All three soldiers were assigned to 101st Airborne Division, also called the "Screaming Eagles."

McClaine’s last contact with family or friends was in early September when she exchanged texts messages with her mother. The 25-year-old was reported missing when she didn’t respond to subsequent communications. A couple of weeks later her car was found in an abandoned Nashville parking lot.

The Army reports that after Labor Day McClaine failed to report back to her air traffic control tower operator post. On Tuesday one of her family members posted on the "Find Shadow McClaine" Facebook page, "Finally!! We will get the answers that we need. That we deserve!"

McClaine was facing contempt of court and stalking charges at the time of her disappearance, and her mother, London Wegrzyn told NBC Dateline in September, "She's not totally innocent in all this, but it is not all her either."

Serving in Afghanistan and South Korea after joining the Army in 2011, McClaine had plans of returning to her native California to pursue photography. She was scheduled to be discharged a month after she disappeared.

At this time it is not clear whether McClaine’s body has been located.

Damascus Counts on Allies, Not Enemies - Syrian Army on US President-Elect Trump