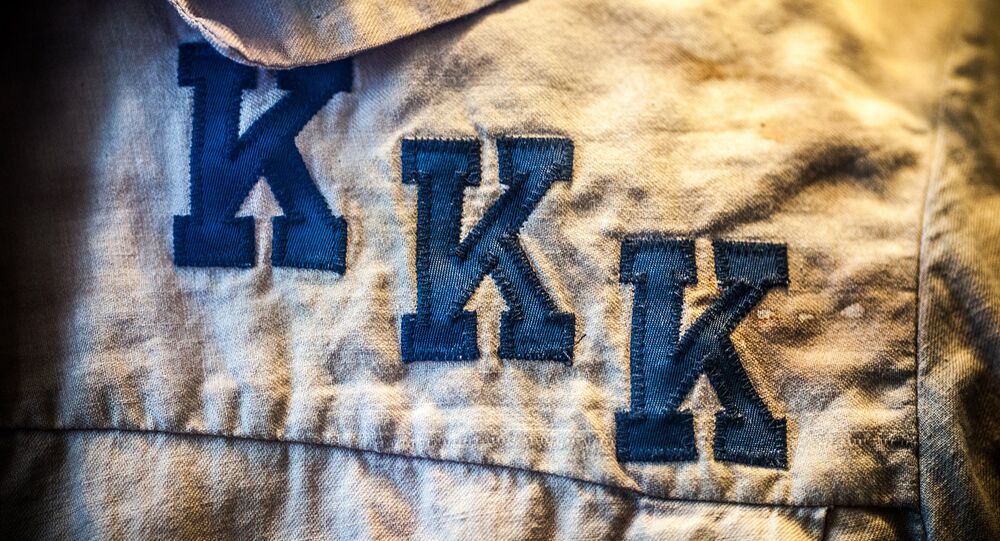 The Ku Klux Klan has allegedly had a surge in interest as racial tensions consumed many of the headlines over the past couple of years, and the group is now apparently so emboldened that they are trying to recruit on Long Island Railroad trains.

© AFP 2021 / ARNE DEDERT / DPA
FBI: Anti-Muslim Hate Crimes in US Skyrocket in Last Year
The flyers hung in the train cars mimicked the famous World War I recruitment posters of Uncle Sam — but replaced the statement with “The KKK Wants You!” and a pointing hooded Klansman.

A man named Carlos Sandoval allegedly saw the flyers earlier this month as he was exiting the Montauk branch train in Amagansett. He stated that he reported the incident, and that he was informed police were notified.

When asked about the incident, a spokesperson for the LIRR initially told NBC that there are no set rules against distributing KKK literature on their trains. They have since retracted that statement and issued another saying that “the passing out of any literature that is non-MTA literature is prohibited on all platforms and trains.”

Similar flyers have also been reported in the city of Patchogue, which has a large immigrant population.

"Take your hatred and keep it in your own house," Patchogue Mayor Paul Pontieri told the station. "Don't put it in anyone else's."

So far, it is unknown who was distributing the posters and why. While racist groups have certainly been energized by Donald Trump becoming the president-elect — so have protesters.

There have already been several incidents across the nation of people spray painting swastikas or making KKK claims as a strange form of protest against Trump.

© Flickr / arete13
The KKK is Trying to Bribe People to Join Them … With Candy
In one example, two students at Williams College in Massachusetts — a liberal arts school — are facing disciplinary action over a KKK hoax.

The students involved gained viral attention after pouring a red wood stain meant to look like blood down the stairwell of a school building and writing “AMKKK KILL” with the substance.

Both the Federal Bureau of Investigations as well as the Massachusetts State Police investigated the hateful vandalism, but after questioning over 40 suspects, it was determined that the two students had done it in an act of protest against the election results.

Meanwhile in San Francisco, a resident flew an actual Nazi flag over their home in protest of Trump’s election.

Whether these shocking and hateful flyers are an abstract form of protest or a legitimate recruiting effort may never be known — but the fact that it is even plausibly a real effort is a sad snapshot of the United States in 2016.