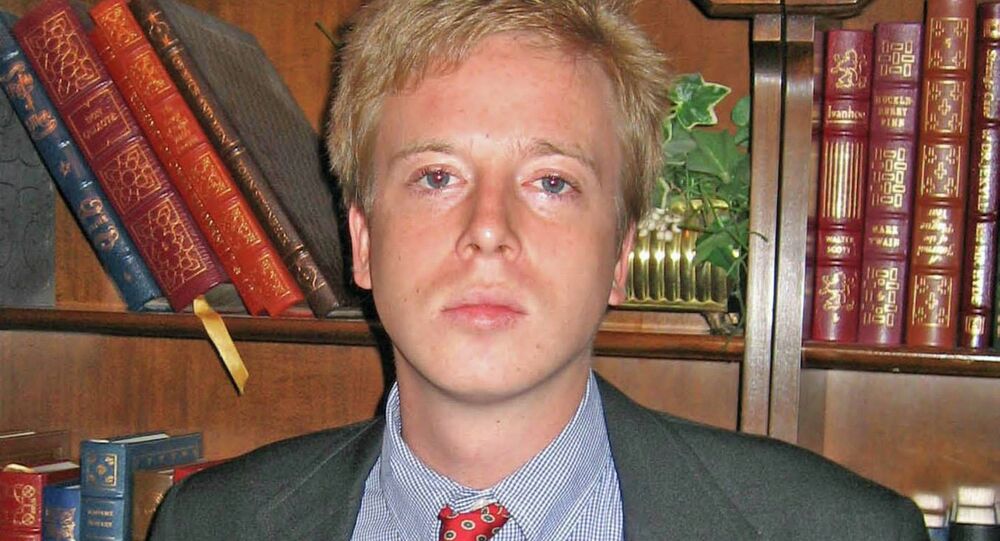 US journalist Barrett Brown imprisoned for five years for the alleged hack of the Stratfor server has been released, Edward Snowden wrote on his Twitter.

Jailed since 2012 for his investigations, #BarrettBrown has finally been released from prison. Best of luck in this very different world. pic.twitter.com/i94lhEUtR5

facebook.com/freebarrettbrown
Imprisoned Journalist Barrett Brown Loses Email Privileges
​Barrett Brown was sentenced to over five years in prison and nearly $900,000 in fines and restitution for his role in the hacking group Anonymous.

He pleaded guilty to threatening an FBI agent in an online video and providing a link to data which had been stolen from the private intelligence group Stratfor, which was hacked by Anonymous in 2011.

"Nothing so well describes the surreal universe that has enveloped the United States as yesterday’s sentencing hearing of Barrett Brown," Assange wrote on the Wikileaks website responding to the Brown's sentence. "Barrett has been jailed without trial for over two years now. He faces eight and a half more years. His next sentencing hearing is due in January 2016. The situation also involves me personally and the work of WikiLeaks,” Assange wrote on the Wikileaks website.

© Sputnik
WikiLeaks’ Assange Expresses Support for US Journalist Accused of Hacking
Brown admitted to interfering with a search warrant and to hiding his laptop from the FBI during a raid at his mother’s home in 2012.

Assange was sure the situation with Brown is "a direct result of his journalistic work."

In December 2010, Beckel called for Assange's assassination by US special forces.

Barrett Brown was the mastermind behind the so-called Project PM, a crowdsourced investigation focused on research and analysis of leaked documents.