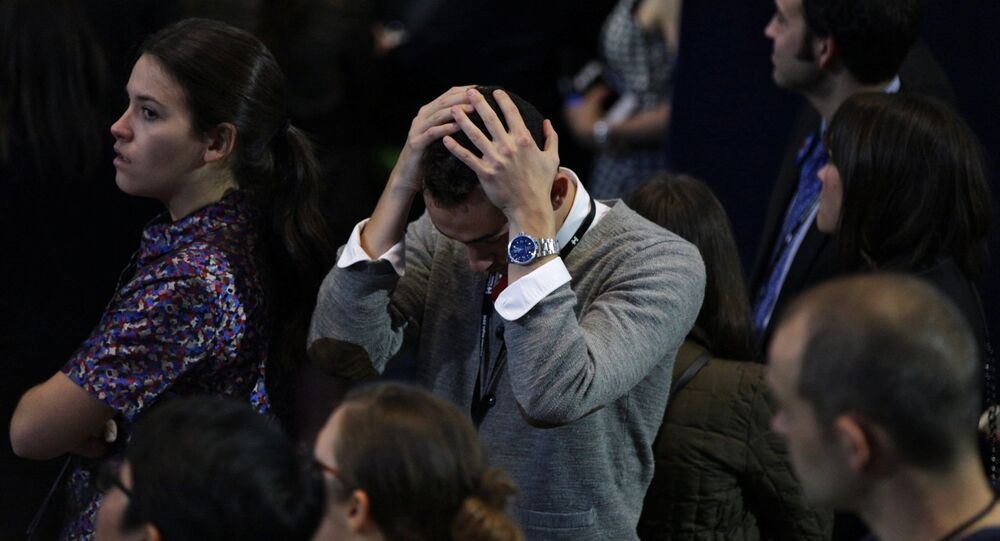 'Sad': Trump Says US Vote Recount to Be Waste of Time, Money

A recount of US presidential election votes will not change the outcome and will be a waste of time and money, president-elect Donald Trump said on Sunday.

"Nothing will change… So much time and money will be spent — same result! Sad," Trump wrote on Twitter.

In response to Saturday's announcement by Democratic Party candidate Hillary Clinton's campaign that they would join the Green Party's vote recount bid, Trump recalled Clinton's earlier words, urging to "accept this [election] result and look to the future."

© AFP 2021 / PAUL J. RICHARDS
Lenin Comes to the White House
Trump also cited a number of Clinton's statements, made prior to the election, which state that Trump's reluctance to accept a potential Democratic victory was a "direct threat to our democracy."

Earlier in the day, Trump branded Stein's campaign to recount votes by hand in Wisconsin, Pennsylvania and Michigan a "scam."

To become US president, a candidate must win at least 270 electoral votes, a threshold Trump exceeded by at least 20, with a few states’ tabulations still to be finalized. Clinton received at least 232 electoral votes but won the popular vote.