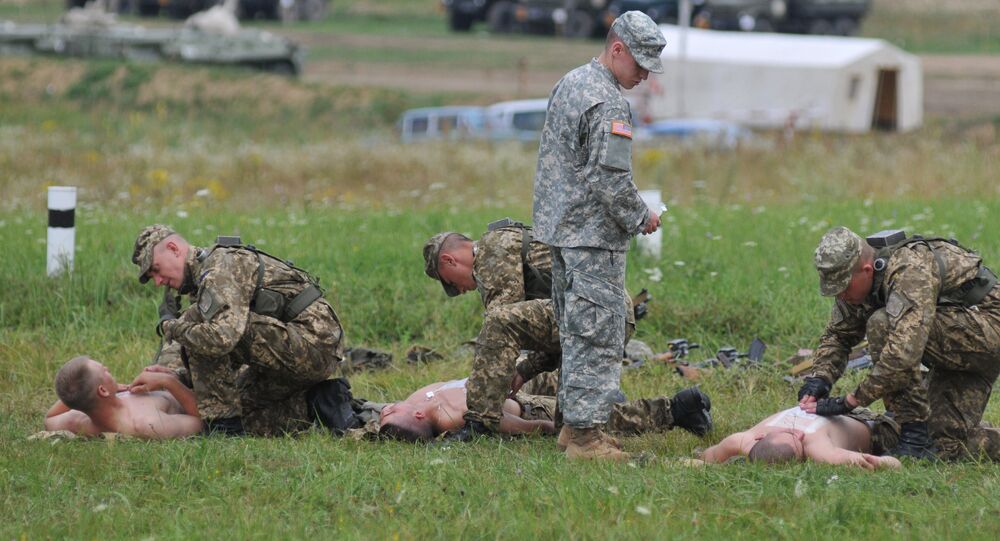 Researchers at the US Army Institute of Surgical Research are developing new ways to supply troops with vital medical tools to help them in a heavy trauma situation.

One of the technologies being tested is powdered blood.

Researchers are looking at "How do we replicate the red blood cell?" said Brigadier General Jeffrey Johnson, commanding general of Brooke Army Medical Center in San Antonio, which sits adjacent to the research facility, according to Military.com.

© Photo : pixabay
Nuclear Medicine: Russia Builds Up Production of Radioisotopes to Combat Cancer
As it is hard to keep blood "at the right temperature, in the right volume, make sure it can still store oxygen when you put it into somebody," researchers are working on the development of artificial blood products, Defense Secretary Ash Carter told Military.com November 16 during a tour of the hospital.

"We're looking at powder products that get reconstituted [as liquid]," he said. That would help to save blood in remote areas and on the battlefield.

Another new medical tool developed by doctors and researchers at the center is artificial skin put into a spray bottle.

Johnson said, "They're developing artificial skin, or skin that comes from just a very small piece of a person's skin, and then can be made into a large amount, and then be put into a spray bottle."

Brooke has also been trying to forgo using off-the-shelf prosthetics. Employees of the center engineer everything at the facility.
"So what we're buying is a nut, bolt, hinge, and then we're turning it into some of those prosthetics such as a [walkable] spring, or a flipper if you want to swim, a running shoe, whatever," Johnson said.

These breakthroughs would enable doctors operate on site without equipment needed in an operating room.

Much attention is paid to training staff. It all "really drives us to the center of our mission, which is figuring out, ‘How do we generate readiness either in trainees, or in our staff, to be able to deploy tonight, or to take care of an extensively wounded service member from downrange who arrives here tonight?' " Johnson said.

Several years ago, the award-winning Pyng Medical Corporation of Canada created the intraosseous infusion method, which is used for rapid infusion of fluids into the bloodstream via the bone marrow. It is useful when pumping fluids intravenously is impossible due to blood loss.

Researchers in the Defense Advanced Research Projects Agency are working on a new technology that would enable wounded soldiers to use gadgets to inject medical foams or gels to stop abdominal bleeding.