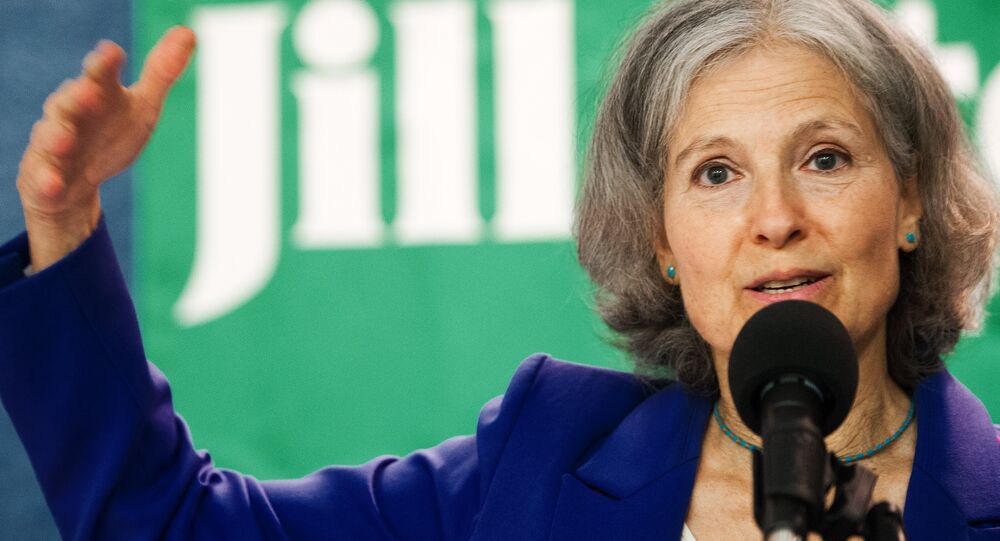 The recount of the presidential vote in the US state of Wisconsin, initiated by Green Party’s presidential nominee Jill Stein, will likely begin next week, a party's representative announced at a Friday press conference.

© AP Photo / D. Ross Cameron
EXCLUSIVE: Jill Stein Tells Sputnik About Vote Recount Campaign Spreading Like Wildfire
WASHINGTON (Sputnik) — According to a Green Party representative, the recount may start on Monday or Tuesday. On Sunday night and Monday the training will probably  be held throughout the state.

Earlier in the day, Stein's campaign said that she has reached her funding goal of more than $4.7 million to carry out recounts in two of three "battleground" states that she wanted to contest, Wisconsin and Pennsylvania.

"For us, to raise that money is significant because we do not take money from corporations or from political PACs [political action committees]," the Green Party representative noted. "This comes from the American people."

The representative explained that the decision to seek a recount is about the integrity of voting in the United States.

President-elect Donald Trump won in both, Wisconsin and Pennsylvania.

Stein did not receive more than 1.5 percent of the vote in any of the three states.