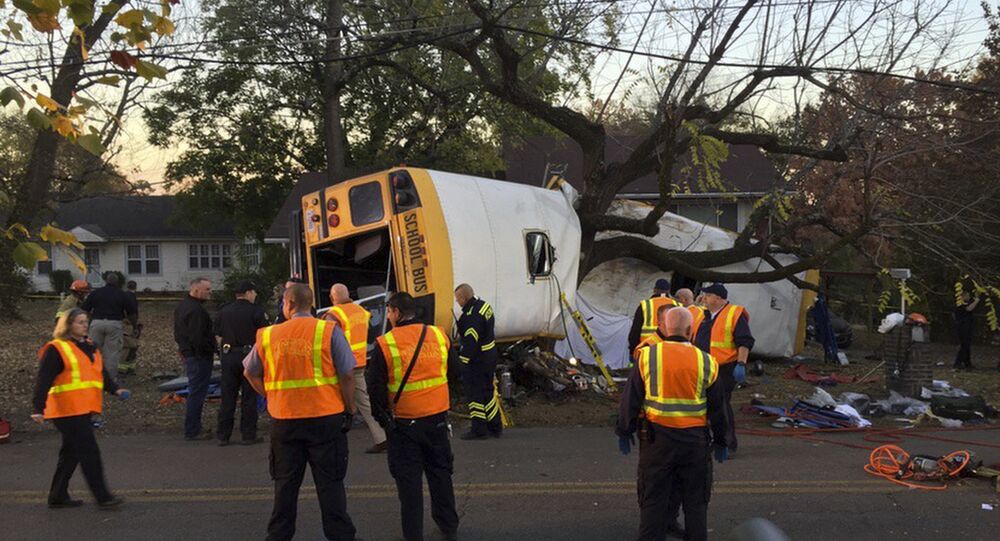 Investigators sorting through the mangled wreckage of a school bus, where five children were killed on Monday afternoon, are attempting to determine whether seat belts could have saved lives, according to the US National Transportation Safety Board (NTSB).

WASHINGTON (Sputnik) — The NTSB stated that the bus was not equipped with passenger seat belts.

"Our mission is to understand not just what happened, but why it happened," NTSB Chairman Christopher Hart told reporters at a news conference on Wednesday.

The school bus industry opposes the recommendation, claiming that the yellow buses with reinforced frames and flashing red lights are much safer than ordinary passenger cars and trucks.

Only six US states require school buses to be equipped with seat belts.

At Least 12 Reportedly Killed in School Bus Crash in Tennessee