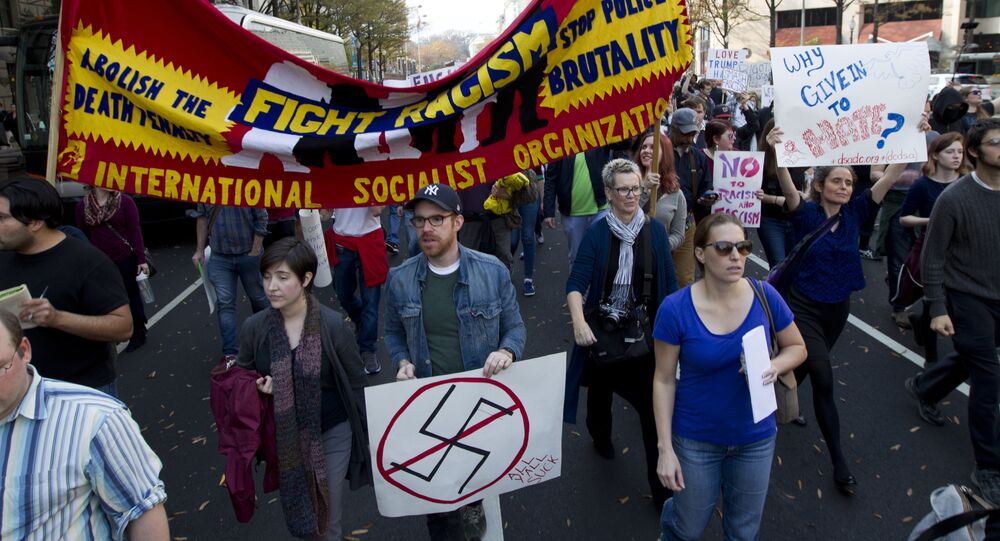 In the wake of Donald Trump’s victory in the presidential race, the so-called “alt-right” movement seems to be holding a coming-out party, as attendance almost doubled since last year at the annual white nationalist conference put on by the National Policy Institute (NPI).

The conference was held November 20th inside the Ronald Reagan Building and International Trade Center in downtown Washington, DC. Amid the Trump campaign's mainstreaming of the idea of ethnic nationalism, the white nationalist movement has seen an unprecedented growth.

The leader of the NPI is Richard Spencer, who coined the term "alt-right" and promotes white supremacist views.

"There's been an awakening," Spencer said in his opening remarks. "This is what a successful movement looks like."

Spencer and his followers oppose immigration and multiculturalism. The alt-right movement criticizes the concepts of diversity and political correctness. Critics of the movement say the white nationalists promote violence, anti-Semitism and the suppression of minorities. They call it a sophisticated new version of the Ku Klux Klan.

© REUTERS / Mike Segar
Utah Households Flooded With White Nationalist Robocall in Support of Trump
Indeed, a 50-year ban on all immigration was announced as one of the NPI's top goals for the upcoming year. The nationalists cherish the idea of a white-only state. Trump's rhetoric about an "America First" foreign policy and curtailed immigration gave them "breathing room," said one of the attendees.

"The Trump movement was kind of a body without a head," Spencer said. "The alt-right, as an intellectual vanguard, can complete Trump."

While high spirits filled the conference hall, many protesters were yelling anti-Nazi slogans outside the building: "No Donald Trump, no KKK, no fascist USA!;" signs which read "alt-wrong." A crowd chanted epithets like "Nazi scum," "white supremacists" and "fascists."

If before the alt-right movement was only hiding in the corners of the web, posting cartoon images and sob stories about the decline of "white culture," today they are no longer afraid of openly expressing their ideas and even seek becoming more politically active.

However, the resistance to this movement remains strong.
"We have to resist the idea that fascism and a white supremacy organization can be normalized," said Perry King, 61, a District resident and psychotherapist. "We can't let them be mainstream. That's what happened with the Nazis. We have to play whack-a-mole now and not let them become ‘normal.' "

Your Next President Will Be a Nationalist Hawk