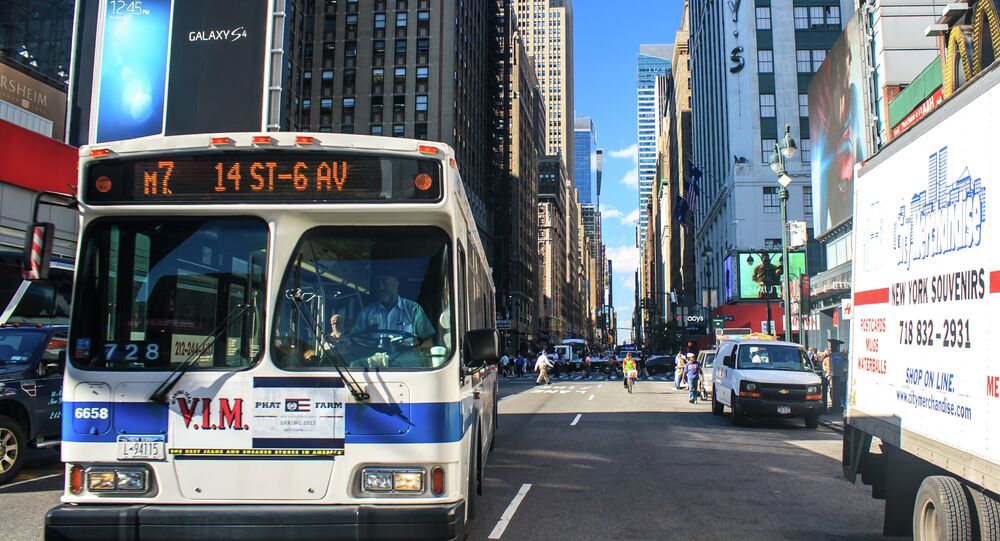 A suspicious tracking device was found on a New York City transit bus in Staten Island, and authorities remain “puzzled” as to who placed it there and why.

Arrested Protesters in NYC Sang as They Boarded Police Bus
Two maintenance workers noticed the device, attached to an oil pan, at the Yukon Bus Depot on Wednesday.

Officials at the MTA immediately contacted police, who dispatched the NYPD Emergency Service Unit, which evacuated and searched the station, as well as each bus, for more devices. They determined that the GPS tracker was not explosive or an immediate danger, but it was “not known to the MTA.”

For two hours, the station was on lockdown until cleared by police, causing serious delays on many bus routes.

“To me, it's a big concern for my members, as it should be for the public," Daniel Cassella, president of ATU Local 726, told the Staten Island Advance. "We're just as puzzled as everybody else. It's the first time since I'm working here that anything like this has happened.”

While the motivation for the device is not known, Cassella is worried that it may have been a test for something bigger.

“Was it there for a test or to see if we would catch it? You can't take any chances today,” he said.

The MTA announced that no procedural changes would be made due to the discovery of the device.