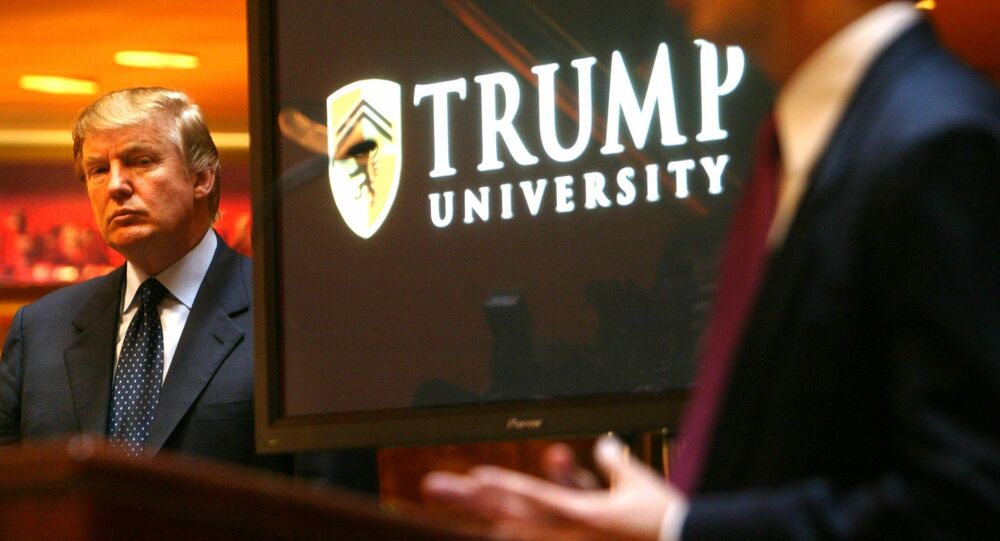 Trump University, a defunct for-profit real estate school established by the US president-elect, has agreed to settle fraud cases in California and New York for $25 million. Reports show the New York Attorney General recouping about $4 million of that sum.

Despite the controversy surrounding the school, President-elect Trump threatened to reopen the university after the election season. In June he tweeted, "After the litigation is disposed of and the case won, I have instructed my execs to open Trump U(?), so much interest in it! I will be pres." Trump has not admitted any wrongdoing, and it is not clear whether he intends to follow through with his claim.

Previously Trump publicly refused to settle the cases, telling an Arkansas audience during a campaign stop, "I don’t settle lawsuits," and that he "Probably should have settled it, but I just can’t do that. Mentally I can’t do it. I’d rather spend a lot more money and fight it."

An unnamed source told the New York Daily News, "It's a complete 180 (degree turn) by Trump."

Eric Soufer, a spokesman for New York State Attorney General Eric Schneiderman who first brought the class-action lawsuit against Trump, said, "as Attorney General Schneiderman has long said, he has always been open to a settlement that fairly compensates the many victims of Trump University who have been waiting years for a resolution."

Schneiderman has described the school a "fraud from beginning to end," and claimed that Trump pocketed about $5 million from the failed business scheme. The attorney general said that over 5,000 would-be students enrolled, thinking they would receive lessons in real estate development from teachers chosen by the magnate. What they received instead were teachers not chosen by Trump who then pressured them into taking expensive extra courses.

The attorney general said in July, "Using false promises to prey on desperate people has long been a hallmark of 'snake-oil salesmen,'" and that, "A lawsuit by my office alleges that Donald Trump was basically doing the same thing with Trump University."

Does Berlin Need Its Own Trump? VW to Slash 30,000 Jobs to Save Money