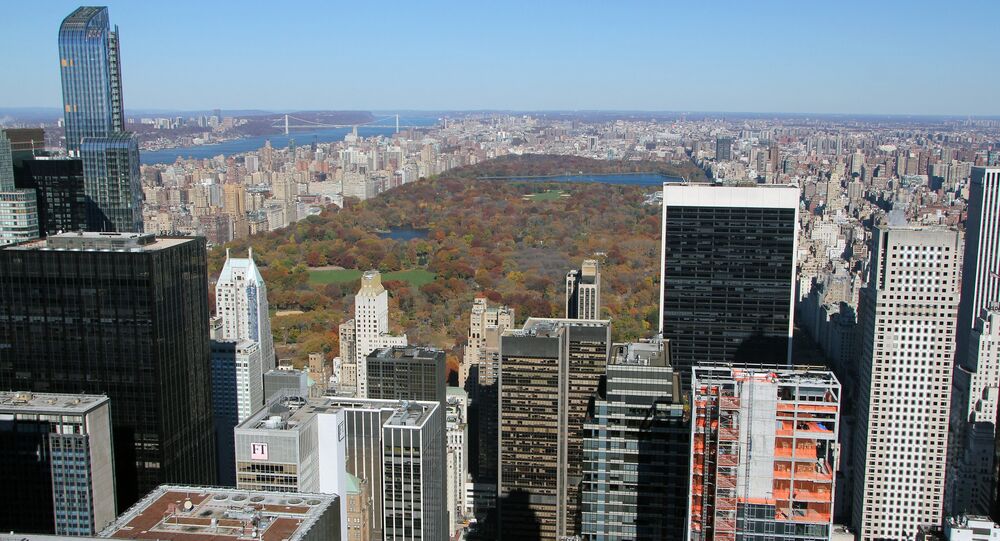 The US government needs to differentiate between China's individual and institutional investors, following a congressional report on US-China ties which recommended that lawmakers ban Chinese state-owned investment in the US, Bryce Swerhun of the City University of Hong Kong told Radio Sputnik.

On Wednesday, the US-China Economic and Security Review Commission presented its annual report on ties between the US and China.

In the report, the congressional commission urged US lawmakers to ban Chinese companies from acquiring businesses in the US, because of concerns that Chinese enterprises could use technology, intelligence and market in the "service of the Chinese state."

The report was received badly in China, which is increasing its US investments. Between January 2005 and June 2016 the US received over $125 billion in large Chinese investments, excluding bonds. In 2016 Chinese investment in the US is expected to climb to a record $30 billion.

Bryce Swerhun of the City University of Hong Kong told Radio Sputnik that US concerns about freedom of speech or national security are arising because China is expanding its investment into new areas.

"What's important to distinguish is where in China the money is coming from. We have a number of private investors which reflect the great surge in wealth in China, but we also have institutional investors, state-owned enterprises."

According to a May report by the Rosen Consulting Group and the Asia Society, Chinese investment in the US real estate market has surpassed $300 billion. Between 2010 and 2015, Chinese buyers spent at least $93 billion on residential real estate, $17.1 billion on commercial real estate, including office towers and hotels, and nearly $208 billion of mortgage-backed securities.

© AFP 2021 / Dibyangshu SARKAR
Did China Derail India’s Regional Connectivity Plan?
Chinese investors have reportedly recently begun to extend their property search to more unconventional locations such as Texas and Florida. Chinese buyers are attracted by tax benefits in those states, and prefer to invest in new developments.

"As we see saturation in retail estate in more mature markets such as New York City, the big cities where you'd expect investment to take place, we are potentially seeking better returns in areas that are not as developed in terms of the luxury real estate market."

The Chinese have a traditional preference for cash investments, and a lot of investments could inflate prices.

"If we look at one industry such as real estate for instance, Chinese investors (individuals and families) will typically invest in cash. Actually, 71 percent of the New York City market will purchase real estate in cash, not on a mortgage or credit."

"The US is coming out of a period where credit was severely restrained, and the injection of actual cash into the economy is something that the US would be careful to try to limit," Swerhun said.

© AFP 2021 / ANDY WONG / POOL
Xi Jinping Heads to Latin America to 'Fill Vacuum Left By New US Politics'
As the property market in larger centers in such as Beijing and Shanghai matures, China is attempting to direct more real estate investment to second- and third-tier cities, and discourage too much real estate investment from leaving the country.

"They want to ensure that available real estate money and investments aren't diverted too much outside of China, and that they are able to clear their own market before investors look for better returns elsewhere."

Energy investment is another area of concern for the US. Chinese institutional investors are keen to put their money in energy because their country is a net energy importer, Swerhun said.

"In terms of energy security this is something that will against emerge as an issue as China looks to invest in this industry as well."

China Calls on Vietnam to Drop Occupation of Disputed Islands