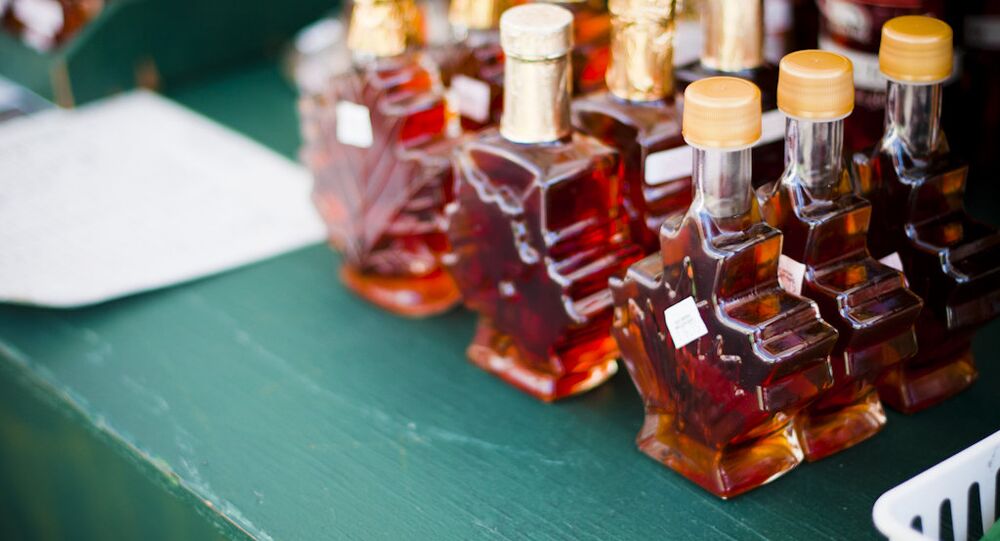 The New Brunswick resident has been found guilty in connection with the 2012 heist of $18 million worth of maple syrup.

© REUTERS / Sandy Huffaker
Protests Against Trump Spread to Red States, Canada
Etienne Saint-Pierre was convicted of fraud and trafficking of stolen goods. Between 2011 and 2012 he and others stole a significant amount of barreled maple syrup, worth some $18 million. During the year-long heist, the thieves replaced the maple syrup, stored in barrels, with water.

Prior to 2011, the Quebec Maple Syrup Producers Federation kept the reserves of its so-called liquid gold under relatively low security. But the natural sweetener is worth some $1000 per barrel, a price much higher than crude oil, due primarily to the high labor required to draw the raw maple sap required to produce one kilogram of the tasty sweetener.

At a ratio of raw material to ready syrup of 36 to 1, the delicious liquid contributes some $750 million to the economy of the province of Quebec, Canada's primary maple syrup producer.

An undisclosed number of thieves conspired to steal syrup from the facility, refilling the empty barrels with water. Four years after the discovery of the scheme, Simon Trépanier, then a senior executive of the syrup federation, and now its executive director, remains in awe of the scheme.

Trépanier calls the thieves "brilliant," but says if they were really that good, they would never have gotten caught.

"Obviously, it was a big job," Trépanier said, adding, "But they weren't brilliant enough to not get caught."

© Flickr / Ilya
Barbarism in India: Tongue Chopped Off for Reporting Electricity Theft
Around 30 people were subsequently arrested in connection with the heist. Three men have been found guilty, and Saint-Pierre becomes the fourth. Five others charged in the case are scheduled to stand trial in January 2017.

After discovering the heist, the syrup group invested over $4 million to equip its main storage facility with modern security systems, including alarms and cameras, according to the Guardian. The warehouse, now known as la forteresse du sirop d'érable, or the "maple syrup fortress," can house up to 33,000 tons of raw maple sap, fulfilling a constant demand for the delicious product that can only be retrieved from trees during the winter months.

EU Ministers in Crisis Meeting as US, Canada Trade Deals in Post-Trump Flop

Some 200,000 Visited Canada Immigration Website on US Election Night

'Huge Scandal:' Spying on Journalists is a 'Heavy Reputational Blow to Canada'