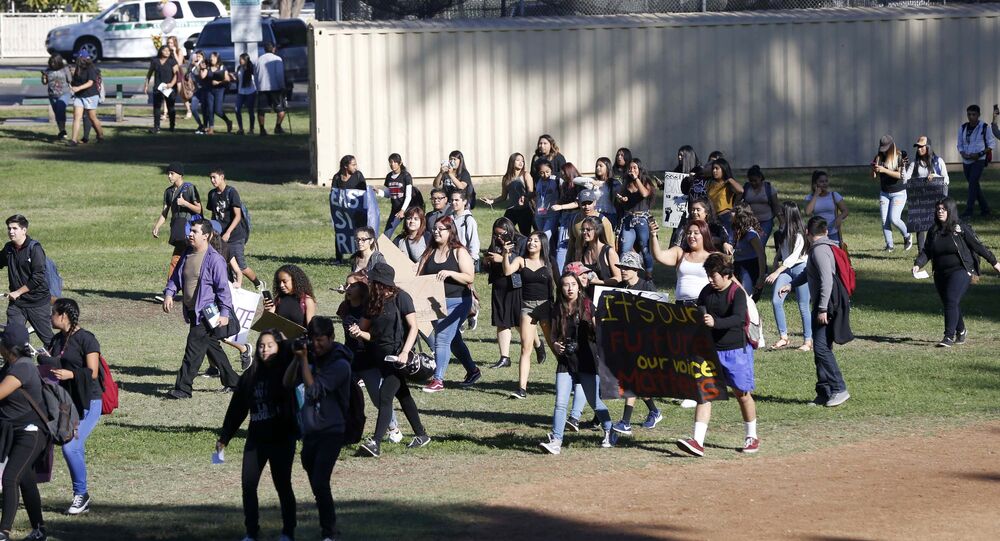 High school students in Maryland walked out of their classes again on Monday, to protest the White House victory of Donald Trump. The action was repeated on the other side of the country, in Los Angeles, just hours later, in a movement that shows little sign of letting up nearly a week after the election.

In Maryland, students from two Silver Spring high schools, Blair High School and Northwood High School, left their schools at around 10:00 AM and began walking down University Boulevard, blocking traffic.

Police arrived on scene quickly and estimated that there were approximately 500 students protesting. The Montgomery County Public School district stated that they will discipline those who ditched class, unless they have a note from their parents excusing their absence, WUSA 9 reports.

"We offered the students a safe space to protest at school in the stadium, but once the students walk off it changes the dynamic," Derek Turner, director of public information with MCPS, told the station.

Police escorted the students, and by noon had not made any arrests or attempted to stop the protest.

Students are expected to march to City Hall where they will hold a rally.

The Los Angeles Police Department released a statement urging parents to prevent their children from participating, as it is harder to keep them safe if they leave their school grounds.

Teens on both coasts were carrying signs such as “racism is un-American,” and “not my president.”

Trump’s Transition Team to Arrive at Pentagon This Week - Carter