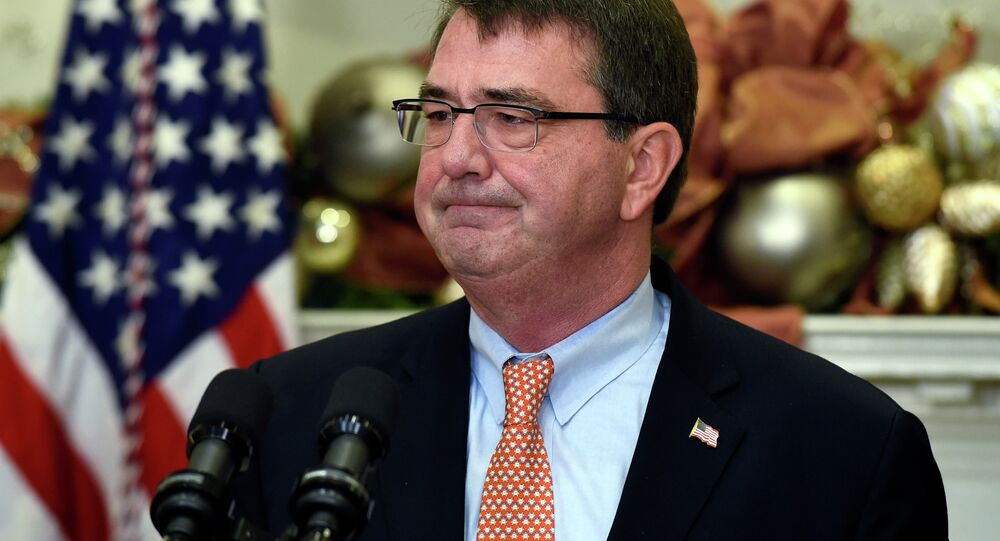 Trump’s Transition Team to Arrive at Pentagon This Week - Carter

According to the US secretary of defense, the transition team for President-elect Donald Trump will arrive at Pentagon this week.

© AFP 2021 / TIMOTHY A. CLARY
Trump Eyeing Senator Kelly Ayotte for Pentagon Chief
WASHINGTON (Sputnik) — The transition team for President-elect Donald Trump will arrive at the US Department of Defense this week, Secretary of Defense Ashton Carter said on Monday.

"The transition team hasn’t arrived at the Pentagon yet," Carter said. "They are expected sometime this week, but that is up to them."

The secretary underscored that he is committed to an orderly transition of power.

"We are ready to welcome them and to help the new team to get started," Carter noted.

On Tuesday, Trump won the 2016 US presidential election with 290 electoral votes, while his rival Hillary Clinton received 232 votes despite winning the popular vote by a margin of some 200,000

Pentagon Says 'No Direct Contact Yet' From Trump Team on Transition