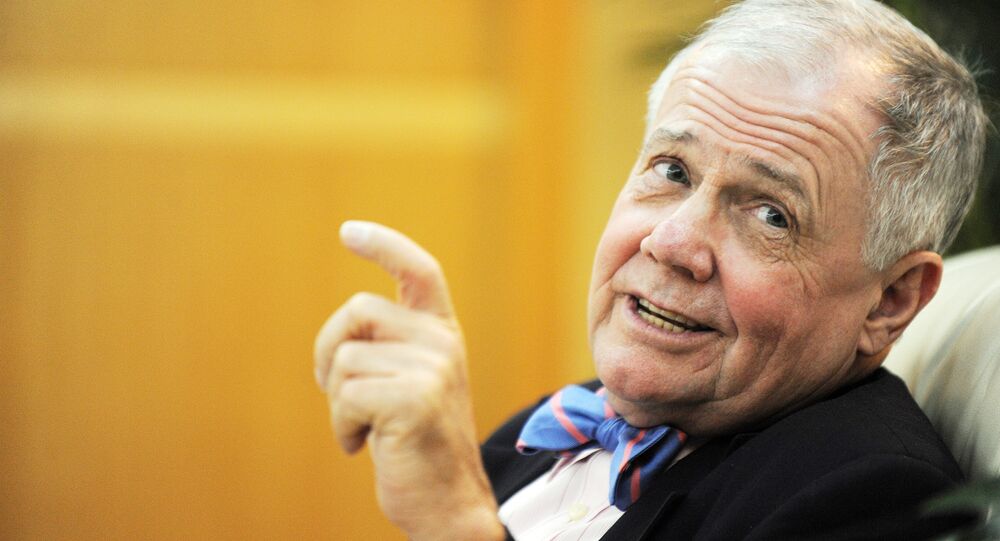 Rogers: 'US is the Biggest Debtor in the World and It's Getting Worse Every Day'

Legendary investor, financial commentator and author of several books Jim Rogers told Radio Sputnik that the United States is "the largest debtor nation in the history of the world" and the situation is becoming even more untenable.

Rogers was commenting on the US dollar strengthening in recent days. The US currency reached its highest multi-month levels against other major currencies on Monday morning. The surge came on speculation that fiscal-stimulus under President-elect Donald Trump will bolster America's economic growth and at the same time prompt the Federal Reserve to increase interest rates.

Rogers further mentioned Donald Trump, who has not elaborated on what his economic policies will be yet.

© AFP 2020 / Nicholas Kamm
Trump's Victory Does Not Mean Trans-Pacific Partnership is 'Finished'
"Some of the things [Trump] said will be pretty disastrous for the US, some of the things will be great if he does them," he observed. "So far Trump has said that he is going to cut taxes. That is great. It is always good for any economy in the world. And then he said that he is going to spend a lot of money on infrastructure, including building a wall" on the border with Mexico.

The investment guru stated that the idea of building a wall on America's southern border was counterproductive, adding that infrastructure development will be good for economy. He pointed out that some of Trump's possible policy decisions could be hard to implement due to the national debt of the United States.

Rogers also maintained that oil prices will go up in the years to come since they appear to be close to reaching their lowest.

© AP Photo / Ng Han Guan, Pool
'Adjusting the Strategy': Trump Signals US Wants Broader Economic Cooperation With China
"Oil is in the process of making a bottom. In a couple of years we will look back and say that oil made its bottom in 2015, 2016 and 2017 and then prices will be higher. So oil is making the bottom. I don't know which day. It doesn't really matter. But oil will be going higher over the next few years after it makes its bottom," he said.

Rogers further said that he was investing in Russia.

"I am making investments in Russia as we speak while I'm on the phone with you," he said laughing.