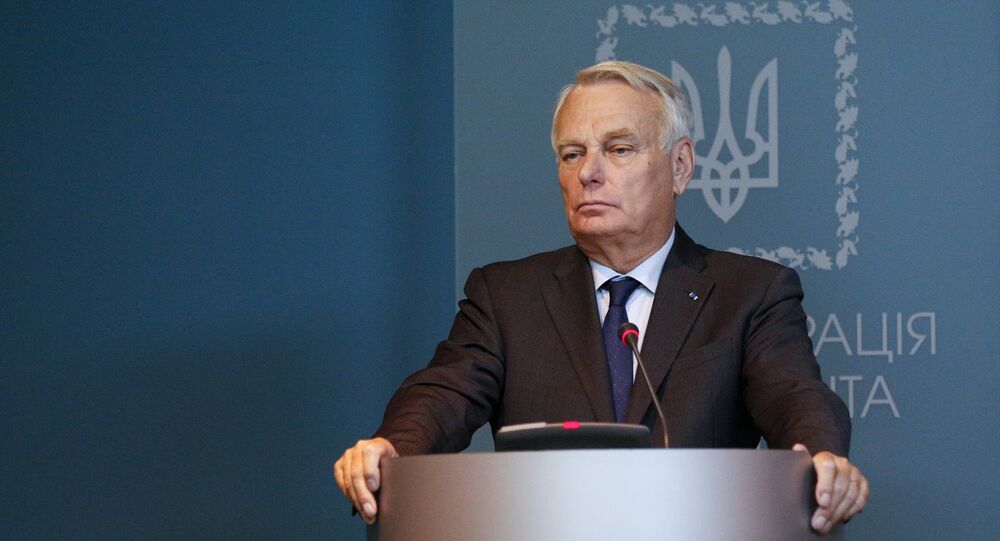 Potential return of the new US presidential administration to the isolationist policy would be good neither for Washington itself nor for the rest of the world, French Foreign Minister Jean-Marc Ayrault said Monday.

© AP Photo / Mic Smith, File
American Isolationism: Time Needed to See if Trump Was Serious
BRUSSELS (Sputnik) — During the presidential race, US President-elect Donald Trump made a number of statements that raised concerns that his administration would focus on domestic problems of the United States and be less involved in the world affairs.

"We can definitely say that the US citizens have elected their president. He will assume office on January 20… Transatlantic relations are crucial… There is need not only in strong transatlantic relations, but also in a common vision on the world. This vision should be multifaceted to cope with all the threats, such as return to isolationism. This is the old political vision in the United States. Will the return to the isolationism take place? It will be good neither for the United States, nor for the world," Ayrault told reporters.

He added that a number of Trump's statements made during his campaign should be clarified.

Trump won the US presidential election on Tuesday with at least 290 electoral votes against his rival Hillary Clinton's 232. The inauguration will be held on January 20, 2017.

The Structure of Our Societies Creates Isolationism Through Separation