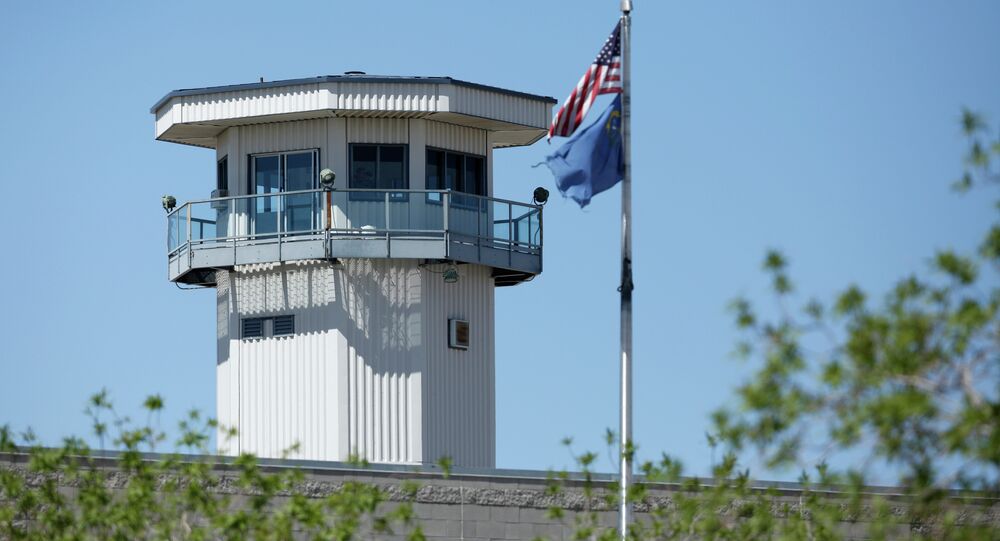 US private prison stocks have soared following Donald Trump's victory. The stocks for CoreCivic, the biggest private prison in the US, were up by nearly 60%. The GEO Group, went up by about 30%. Radio Sputnik spoke with Dr. Michael Hallett, Chairman of the Department of Criminology & Criminal Justice at the University of North Florida.

Donald Trump had indicated a tough stance on illegal immigrants in the United States. On the other hand, Clinton had expressed a desire to abolish all private prison contracts during the presidential campaign. However, the fact that Hillary was not elected gives new hope to private prison industry.

Hallett said that if Trump implements policies against illegal immigration it will involve a process of detention and deportation of the immigrants.

“That puts the industry on a new footing. Immigration has been one of the key planks of Trump’s platform to be elected as president and certainly the process of capturing, containing and detaining illegal immigrants would involve at least a brief period of custody. So that gives new hope to the industry,” the chairman said.

“President Obama himself deported a record number of illegal immigrants in the US, although it hasn’t been reported nearly as aggressively. In fact, as recently as 2014, the Obama administration issued a $1 billion four year contract to Correction Corporation of America to deal specifically with immigrants from Central America,” Hallett said.

© REUTERS / Jonathan Ernst
Almost 75% of US Citizens Accept Trump's Victory as Legitimate
He further spoke about the private prison companies and how they operate.

“The private prison industry started in the early 1980’s in the United States in the aftermath of declaring a war on drugs, prosecuting illegal drug dealers as a crime, prisons became over crowded.”

Hallett further said, “It was basically a situation of supply and demand. So a private industry emerged, which proposed to house convicted offenders for profit and introduce private corporate owned prison cells. Ever since, it has been blooming and they say it is a recession proof industry.”

The chairman further said it is a very lucrative business and particularly housing an immigrant has a large profit.

“Private corporations run several facilities that were built by the government but they were managed by the private corporation under a lease. In other cases, private prison corporations have built actual prisons to house local offenders. However, the empirical researches on these prisons have been fairly negative,” he said.

US private prison stocks have soared following Donald Trump's victory. This comes as many traders expect Trump to reverse the decision Obama made in August: the President prohibited the use of privately run facilities to house federal prisoners.

Obama also rejected the companies' desire to play a bigger role in immigration-related detention. In June, Trump came out in support of private prisons, saying that they seem to him “to work a lot better.”

He also spoke of deporting all 11 million undocumented immigrants who live in the US. The analysts suggest that Trump’s views on prison privatization are likely to bring prosperity to this controversial industry.

How US Citizens' Fears Led to Trump's Victory