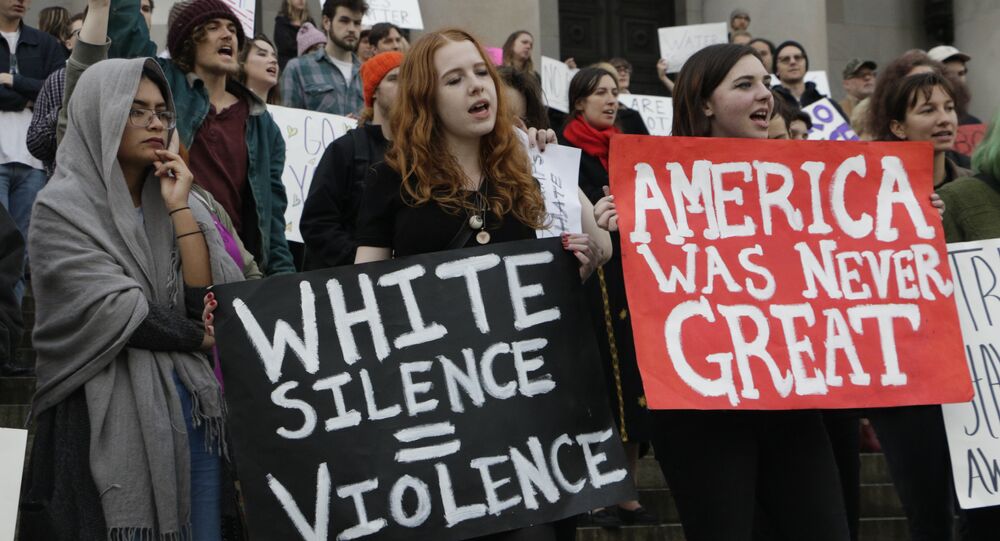 About 100 people protesting against the newly elected US president, Donald Trump, have blocked a tunnel at Interstate-395 in Washington, DC, a RIA Novosti correspondent reported.

WASHINGTON (Sputnik) — The protesters, shouting that they would not recognize the new president, were followed by police cars and motorcycles.

The Interstate-395, leading to the Capitol Hill where the Congress is seated, is one of the main highways in the US capital.

The protests erupted in a number of the US cities after it became clear on Wednesday that the Republican Party nominee Donald Trump had won the US presidential election, gaining more than 270 Electoral College votes necessary to secure the presidency, while narrowly losing the popular vote to the Democratic Party candidate Hillary Clinton.

Trump on Clinton Investigation: 'Not Something I’ve Given a Lot of Thought'

Trump: US to End Up Fighting Russia in Syria if Attacks Assad