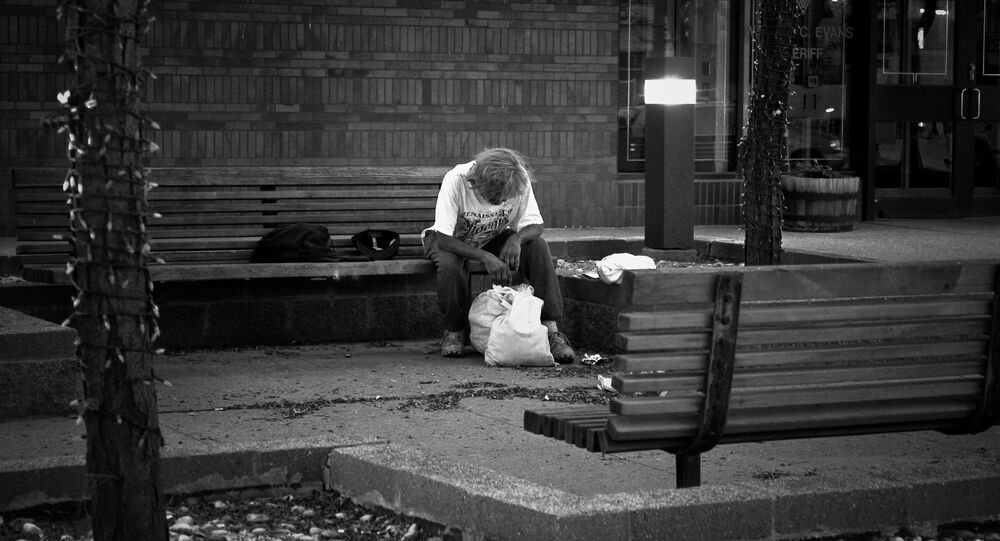 Trump's Victory is 'Repudiation of Political Establishment and Social Elite'

In the follow up to the results of the US presidential elections, which many political analysts called surprising, political analyst and journalist Andrew Korybko explained to Radio Sputnik why the result was, in fact, perfectly predictable.

Donald Trump, he told Sputnik, legitimately has a mass movement behind him. Unlike President Obama, who also had crowds of supporters but who was "what the voters wanted him to be, the blank canvass where the voters could paint around whatever they wanted him to be," Trump is very open and very direct with how he stands on every single issue across the spectrum.

He was "naturally cool," the political analyst explained, unlike Hillary Clinton who "tried hard to be cool" by surrounding herself with nearly all of the American pop culture elite.

When people, therefore, analyze the outcome of the recent presidential elections it is not only a repudiation of political establishment, it is also a complete repudiation of the social elite, he noted.

What the ordinary Americans demonstrated to the social elite is that they do not care how the pop stars are telling them to vote.

Clinton tried very hard to look cool, something which Korybko says could have been seen as disrespectful by the voting public.

"She was pandering so hardcore for the black vote, and a lot of blacks saw that and probably that is part of the reason why blacks moved toward Donald Trump," he explained to Sputnik.

Donald Trump's message of bringing jobs and manufacturing back to the US, curing America's war-torn cities held more appeal, he added.

Korybko however further explained that by "war-torn" he was not of course referring to cities damaged by military activities as in the Middle East, but socially deprived cities with lots of guns and places where even the police don't want to go.

There are cities where people are afraid to call the police because they are watched by gang members who will then make reprisals, he elaborated.

The reason why Donald Trump won is because he won over the residents of these cities, the cities of the so-called "Rust Belt". And this says a lot about Donald Trump's appeal to average Americans, blue collar working-class, Americans of all races and all demographic categories, who believed that he could change the rot that they have in their part of the country, Korybko explained.

Trump is promising infrastructure, jobs, less crime, and this is exactly what these people need in their part of the country. It might be different in Manhattan, where they want something else, but throughout the US it is exactly this.

Meanwhile Hillary Clinton, he noted, did not even have the dignity and respect to talk to the people who waited for her for 12 or even 24 hours to address them on the election night, publicly humiliating her supporters.

Trump was also more focused on domestic issues throughout his campaign, as opposed to Clinton's priorities.

"They had a woman who has been part of the establishment for some 30-40 years – and what has she accomplished," he wondered.

© Sputnik / Alexey Filippov
'Middle-Class White American Revolt': How the Polls Got the US Election so Wrong
"If you take away all the mainstream media rhetoric – what has done for anybody except for her own interests?" he reiterated.

"She hasn't accomplished anything. And here she is talking about all this broad ambitious foreign policy, overthrowing President Assad, containing Russia, missile defense ring around China. People just thought that she was "completely out of it!" he said.

Trump said that he wants a strong military too, but he has not set out an aggressive foreign policy that will put American lives at risk, he said. He is a pragmatic businessman who wants to cut deals and potentially establish spheres of interest.

The US needs to look inward, not outward. And this is what this election was about, the political analyst finally concluded.